Very quietly, last month, NHS Digital, the national authority that governs information relating to health and social care provision in England, renewed its memorandum of understanding (MoU) with the Home Office to share information about 'immigration offenders' (such as those entering the UK without proper papers and asylum seekers who have had their asylum claims rejected). The original MoU between NHS Digital and the Home Office was introduced, very quietly, over a year ago.

The powers that allow NHS Digital to disclose information were introduced in the Health and Social Care Act 2012, which sets out, among other things, the functions of the Health and Social Care Information Centre (HSCIC), the predecessor of NHS Digital and the body at the centre of the ‘care.data’ fiasco.[i] The HSCIC was itself the successor to the NHS Information Centre, the body criticised in the ‘Partridge report’ for information disclosure irregularities. (While the sign above the door changes after each successive gaucherie, the business is essentially continuous.) The MoU, in effect, sets out how NHS Digital proposes to exercise the discretion the Act gives it to disseminate data that it holds in certain cases.

Though the lawfulness of this latest repurposing may fall to be determined in a court, it is at least as much about culture as legality. In many ways NHS Digital is culturally at odds with the medical profession and the jealousy with which it defends both the sanctity of its direct relationship with patients and its trusted place in the national consciousness. NHS Digital is designed to make data work as a resource for the public, not just for the individual: at policy and commercial as well as therapeutic levels. (This has been a main plank of bioscience strategy since 2011, which could be glossed as: yoke up the NHS to the wider economy and bet the farm on the prospects of genomics.) It is only given a darker twist by the relationship with the Home Office and its agencies, who are single-mindedly focussed on dealing with 'immigration offenders' and stamping out the net 'economic harm' they allegedly do to the country.

NHS Digital wants to put the data it holds to work to improve health care delivery; doctors want to safeguard the rights of their patients to receive care without strings attached; the Home Office wants to deal with immigration offences. All are claiming, and perhaps (who knows?) striving earnestly, to act in the public interest. But there are manifest inconsistencies here. This is where we need to focus our discussion: as long as the public interest is framed by the private and the partial, there is no public interest.

Biodata
Sign up to our newsletter
Back to Blog 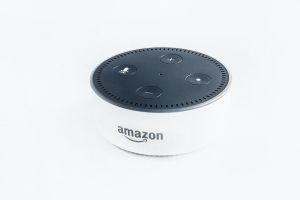 Alexa, what’s the big deal about your NHS partnership?

The Department for Health and Social Care (DHSC) has published a new 'Code of Conduct for data-dr...

According to Jean-Jacques Rousseau 'the first person who, having fenced in a piece of land, bethou...

As acronyms go, GDPR doesn't exactly trip off the tongue – to some of us it rather trips up the ...

There have been some interesting developments around the ethics and governance of artificial intelli...

This week the National Data Guardian for Health and Care, Dame Fiona Caldicott, has published a Revi...

For whom the bell tolls: precision medicine, private virtue and the public good

On Saturday our Assistant Director Peter Mills was in Washington, DC, to present at the AAAS Annual ...

This report looks at the ethical issues raised by data use in biomedical research and health care, and sets out key ethical principles for the design and governance of data initiatives. 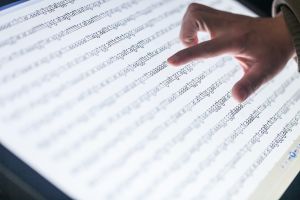