Once upon a time, a bobsleigh pilot, a curler, an ice hockey player, and a speed skater travelled to a city of ice to win precious medals and glory. But they did not find glory or medals. Anti-doping officials found them.

If anyone thought that the 2018 Winter Olympics in Pyeongchang would be a fairytale of ‘clean’ competition without the use of banned substances, there was no happy-ever-after on this occasion: at the time of writing, Nadezha Sergeeva, Alexander Krushelnitsky, Ziga Jeglic, and Kei Saito have all been found to have used banned performance-enhancing substances at the Games.

But should this news come as a surprise?

From an outsider’s perspective, enormous efforts appear to be being taken to tackle breaches of the World Anti-Doping Agency’s prohibited list of substances that cannot be used by professional athletes. An Alphabetti Spaghetti list of organisations such as the IOC (International Olympic Committee) which enforces its approach to doping through Code of Ethics; CAS (the Court of Arbitration for Sport), which decides doping cases brought before it; not to mention the panoply of national anti-doping organisations – are all endeavouring to address doping head-on. The first meeting of the newly-formed ITA (International Testing Agency) in January this year brought further options for anti-doping services for international federations and major event organisers that wish to delegate their anti-doping programmes to a body that operates independently of national interests and sporting bodies.

The question of whether anti-doping systems could be circumvented was recently examined by the film world. Bryan Fogel – a filmmaker and amateur road cyclist – took performance-enhancing substances banned by WADA and sought to circumvent doping controls to prove that the anti-doping system could be ‘beaten’ while competing in the Haute Route cycling race. He found that it could, and – moreover – that state-sponsored doping in Russia was rife, as revealed through information provided to him by a whistle-blower – Grigory Rodchenkov. Dr Rodchenkov’s revelations in the film led to the IOC’s decision to ban Russia from competing at the 2018 Winter Games. The film – Icarus – has been nominated in the best documentary category at the forthcoming 90th Academy Awards, bringing the issue to the attention of tens of millions of viewers worldwide, and stoking the debate further.

The efforts of anti-doping organisations and committees, and the attention which doping continues to receive in the media and in ethical debate (most recently in Thomas H. Murray’s excellent book ‘Good Sport’), means that performance enhancement through the use of banned substances will continue to be an issue that is front-and-centre in professional sport and sports reporting.

Two years ago, my colleague Ranveig Svenning Berg and I posted a blog to this site that highlighted seven uncertainties in sports doping. The seventh uncertainty asked: ‘what lies ahead for doping?’ in professional sports. The Winter Olympics suggests that it’ll be more of the same.

Ethics around sporting performance and doping has previously been addressed at the Council’s Forward Look event in 2014, and remains on the Council’s longlist of future work topics. Download a summary of the 2014 discussion / read the background paper.

Sport science
Sign up to our newsletter
Back to Blog 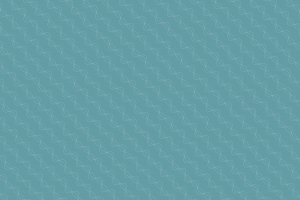