A mantra of recent government policy reporting in recent weeks is that they are only following the science. The science recommended the lockdown, and the science will let us know when it can be relaxed, apparently. It tells us what tests need to be done for whom and what protective equipment is needed for whom. How exactly can it do this?

Consider personal protective equipment (PPE). If everyone working in a hospital wore the kind of positive pressure full body suit worn by researchers in the highest level of biosecurity laboratory (level 4), transmission of virus to NHS workers would be close to zero. Scientists and engineers have worked hard to make this the case. Does this mean that following the science requires equipping everyone in the NHS this way? Of course not. The expense would be enormous, many jobs would be difficult or impossible dressed in this cumbersome way, and many NHS workers are anyhow exposed to relatively low risks of coronavirus transmission.

Policy must be based on a mixture of goals, costs and facts. Leaving aside costs for the moment, a common idea is that policy-makers decide on the goals and scientists provide them with facts relevant to achieving those goals. Even this simple model immediately makes clear why one could not just follow the science. If the goal is to minimise the loss of life then scientists will try to discover how much social distancing and so on will continue to contribute to this end. If the goal is to minimise economic disruption, very different facts will be required. If, as is more likely, some balance will be struck between the importance of these policy goals, a more complex set of options will need to be provided by scientific experts. None of these options amounts to just “following the science”.

In reality the simple model just mentioned is hopelessly simplistic, and the relations between science and policy are much more intricate. Nothing, one might imagine, is more objective a fact than a death. But a death caused by coronavirus, something that one imagines policymakers would wish to prevent as far as possible, is another matter. It is likely that for anyone who dies infected with COVID-19, that infection made some contribution to their death. But while in many cases it will be overwhelmingly the most significant cause, in others it will be a minor factor. Some people would have died anyhow within a day, or a week, or a year and this, I suppose, might be relevant to how bad the contribution of COVID-19 will seem. So when scientists are asked to estimate how many people will die from the virus under certain policy conditions, how are they to define dying from the virus?

What this case points to is the fact that contrary to an assumption implicit in the simple model (policymakers decide the goals, scientists determine the relevant facts), “facts” are often inevitably impregnated with specific value judgements. There is no simple fact of how many people will die or have died from COVID-19, and how this fact is shaped must depend on some kind of negotiation between concerned parties.

Another problem that the simple model overlooks is that science is always more or less uncertain. I do not mean only to point out that science—like everything else—is fallible, but rather that uncertainty is an integral feature of many of the products of science. Consider disease testing. No test is perfect. Every test is liable to produce a certain proportion of false positives, people who are said to have a disease, but don’t, and false negatives, people who test negative despite having the disease. The probability of each of these occurrences is something that responsible scientists constructing a test will always try to assess as accurately as possible. It will often be possible for scientists constructing a test to trade off between these kinds of error, so they may need to know from policymakers, or at least from a different set of experts, what the relative harms are of each of these kinds of error. And if it proves impossible to reduce the error rate far enough, the test may actually be worse than useless. People often suppose that screening for cancer, say, is always a good idea. But false positives sometimes leading to invasive and dangerous further exploration, and can do harm that outweighs the good done by early detection of disease. Determining the value of a test requires complicated discussions between various experts with both biomedical and policy related expertise.

It is perhaps obvious by now that economics provides no fully objective way out of these problems. There is no economic way of assessing the costs of various policies to deal with a pandemic that does not attribute a value to a human life, perhaps different values to different human lives depending on age, or expected years of healthy life. Anyone who finds this unbearably distasteful must eschew economic evaluation of such a situation altogether. But equally, no one should suppose that imputing such a value is something that can be done merely by following the science. Those who still imagine that economics is a fully objective science might consider the problem of measuring inflation. Different goods undergo different changes in price and are bought by different groups of people. Which “basket” of goods should we use to measure aggregate changes in price? This matters deeply to pensioners or union negotiators, and different measures will affect their economic well-being. But no resolution can be found just from following the science.

The upshot of all this is that policy decisions of the kind that must be made in response to a major crisis such as the COVID-19 pandemic require discussions between a variety of different experts: virologists, epidemiologists and physicians of course; but also social scientists, bioethicists, political theorists and representatives of particularly affected groups. There is no solution that does not make assumptions about the kinds of questions important to all of these groups.

And this finally is what makes it so important that these decisions are made in an open and openly accountable way. One of the worst consequences of the myth that policy can just “follow the science” is that it suggests that sufficiently senior and respected scientists can simply tell us what science has discovered we should do. And we are used to the idea that science may be very hard for ordinary mortals to understand fully. But when policy is seen as a negotiation between a number of more or less factual and more or less normative perspectives, we should all want to see how these various perspective and considerations have been weighed against each other. That, ultimately, is what we hope our politicians will do for us, and that ultimately we shall judge them to have done well or badly. They cannot simply decide the goals and let the scientists point the way to achieve them, because the goals and the science constantly change one another.

covid-19
Sign up to our newsletter
Back to Blog

Responding to suggestions that the UK Government might introduce immunity or vaccine passports, the Prime Minister in an interview on the 24th February first recognised that doing ‘stuff like this’ was a ‘novelty’.

Job opportunity: Commissioned short report on our work on COVID-19

We have an opportunity for a researcher to make an important contribution to the Council’s work on COVID-19.

Today we have signed the WHO’s vaccine equity declaration. The declaration calls on all countries to work together in solidarity – and in each of their best interests – to ensure that vaccination of health workers and older people will be underway in all countries within the first 100 days of the year.

Statement: the need for national guidance on resource allocation decisions in the COVID-19 pandemic

We are calling on Government to issue national guidance on resource allocation in the COVID-19 pandemic.

Get ready for the vaccine!

I followed the example of Professor Jonathan Van-Tam, England's Deputy Chief Medical Officer, who, in the wake of the announcement of two successful COVID-19 vaccines, stated that he had encouraged his elderly mother ‘to be ready.’ I did the same.

Getting the jab done

The prospect of safe and effective vaccines against COVID-19 is good news for everyone towards the end of a grim year. Of course, caution is still advisable with as yet no certainty as to how long the vaccine might work or whether there might be adverse side effects for certain groups. There are also a host of ethical issues that need to be addressed.

An injection of hope: the questions that remain for a COVID-19 vaccine

“It is the miracle jab that promises hope of an end to the pandemic and a longed-for return to normality.” So begins a piece by The Daily Mail’s science correspondent Victoria Allen this week...

Today, the UK Government has announced that they will work with partners to develop a COVID-19 human challenge study model. This will include the manufacture of the challenge virus and will be the first-in-human characterisation study for COVID-19.

Today the Nuffield Council on Bioethics has published a briefing on the key questions for the next phase of the UK’s response to COVID-19. 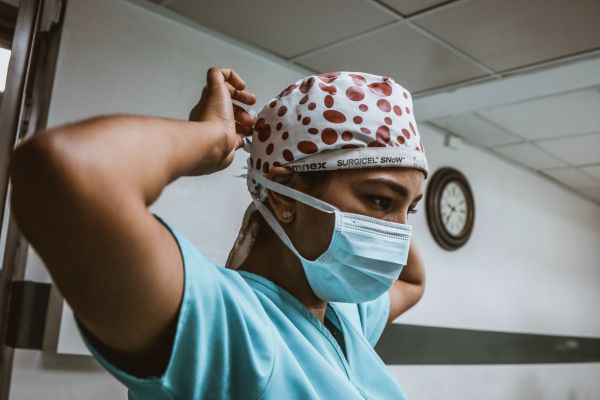