At the start of the month the Government’s Agriculture Bill, which will legislate for policies to replace the EU’s Common Agricultural Policy following the UK’s departure from the EU, passed its second reading.

Now in the committee stage, MPs are in the process of conducting a detailed examination of the Bill’s provisions which will set out the UK’s future approach to farming. One of the areas currently under scrutiny is the Bill’s implications for livestock farming and, particularly, animal welfare.

The welfare of farmed animals is not just topical because of the Agriculture Bill. In scientific circles there is increasing interest in the ways in which new molecular tools might be used to reduce the negative impacts of farming on animals. Powerful genome editing techniques, it has been proposed, might be used to change animal traits in ways that benefit both them and us. The idea is that animals might as a result be subjected to fewer painful procedures, be made immune to certain diseases or rendered less sensitive to extremes of hot and cold environments. People have even proposed creating animals that feel no pain.

Most of these ideas are already taking shape in the lab. Yet somewhat surprisingly, the fact that researchers have been creating genetically hornless cows, pigs resistant to the common and devastating PRRS virus, chickens resistant to avian flu, and cows that are tolerant to heat has hit the headlines relatively rarely. Whilst the ethical issues raised by heritable human genome editing (of which there is currently only one known real world instance) have inspired reams of column inches, the issues raised by editing livestock have gone relatively undiscussed in the media, civil society and the public.

Use of genetic interventions in animal agriculture, it should be noted, would not be new. In fact, the development of genome editing applications would continue a line of genetic technologies, including whole genome sequencing, which use analysis of individual animals’ genetic information to enable selection of the ‘best’ animals for breeding. Genome editing now offers the opportunity to take things one step further. Rather than simply selecting from a pool of existing animals, genome editing allows breeders to directly alter animal genomes, potentially creating new traits not found in existing breeds.

There is debate about the significance of the distinction between changing the characteristic genomes of species over time through selection, and making changes by use of molecular techniques to directly alter animal genomes. Whether there is any real ethical difference between the two, as well as how this might overlap with questions about ‘animal nature’, is hotly contested and one of the many issues that we are considering in the Nuffield Council’s current inquiry into the ethical issues raised by genome editing in farmed animals which is due to conclude at the end of 2020.

One real, if contingent, difference between selective breeding and the genome editing applications currently in development concerns the purposes for which they’re designed. Whilst either approach could be used for a range of reasons, it so happens that selective breeding has historically been used mainly to enhance yields by increasing growth rate, muscle mass, and milk or egg production. On the other hand, the most prominent genome editing applications in development are ones that purport to produce significant animal welfare benefits.

Take polled cattle – genetically hornless cows – an application being developed by Acceligen, a subsidiary of the American biotech company Recombinetics, and compare it with what the technology might replace. The physical removal of cows’ horns in order to minimise harm to other animals and farm workers is common practice in cattle farming. This can be done either by dehorning (by sawing or cutting) or disbudding (removing calves’ horn buds before any horn material is visible). Both procedures can be painful for animals and, in adult cows, dehorning has been associated with prolonged wound healing, infection and increased risks of sinusitis.

Another example: Porcine Reproductive and Respiratory Syndrome (PRRS), common in farmed pigs, causes a range of unpleasant symptoms, affects reproduction, and gives rise to respiratory tract illness in young animals which can result in death. There is no effective vaccine or treatment for PRRS so a disease resistance genome editing application – currently being developed by Genus in collaboration with The Roslin Institute – appears to be the only viable prospect for fully protecting animals from the virus.

Another proposed application of genome editing would enable fetal sexing of layer chickens (birds bred specifically to lay eggs) before eggs hatch, preventing the birth, and immediate destruction, of male chicks that, of course, could not produce eggs. Live maceration is reportedly the fate of six billion one-day-old chicks each year.

So described, these interventions sound uniformly positive: what objection could anyone who cares about animal welfare possibly make? But, as is often the case with the technological innovation, things are not quite this simple.

One concern relates to possible knock-on effects on the environments in which livestock are reared. If animals are made immune to certain diseases, for example, this might affect the stocking densities at which they can be housed. The increased risks of disease spreading in more crowded groups provides (helpfully, some might argue) a ‘natural’ limit on the degree to which they can be productively farmed in very close quarters. If this risk were reduced or removed altogether then it might be easier to pack more animals together in crowded spaces. Not necessarily a win for proponents of animal welfare. Something similar might apply to hornless cows or tailless pigs, where head butting or tail biting might otherwise be addressed by providing more space for cows or more straw for pigs.

A broader issue with high-tech welfare interventions concerns the extent to which we should be aiming to improve the lives of farmed animals at all, a question which ties in with an older debate between those arguing for animal welfare and those that defend animal rights. There is a line of thought amongst some animal rights theorists that initiatives to improve animal welfare have the effect of sanitising and legitimising uses of animals that are in principle wrong. This would make those welfare initiatives, odd as it might seem, themselves wrong. If intensive farming systems should be radically reeled in or stopped altogether (as those who argue for the abolition of animal farming contest) there would be a problem with genome editing for welfare if the result would be to perpetuate and prolong use of these systems. So even if genome editing were to confer net welfare benefits on animals that exist in these systems now, it might still be problematic.

This argument has a parallel in the broader discussion about food systems and the future of farming more generally. A widely held view in food policy and academia is that existing animal agriculture systems are, in a range of ways, giving rise to a great many negative impacts on the environment and human beings, as well as on animals. We might then need to rethink the way we produce food globally. Given that the aims of many welfare-oriented genome editing applications are to mitigate the effects on animals of larger, intensive systems, the likes of which we have many other reasons to reign in or even phase out, we should perhaps be directing our research and policy resources elsewhere. Should we be replacing these systems rather than sticking a genome editing shaped band-aid on them?

None of these issues are straightforward, of course. The likely animal welfare implications, like the wider social, economic and environmental implications, of different genome editing applications will be complex and hard to gauge. In the UK, animal welfare standards are high relative to global standards so existing regulation and law might prevent or constrain any unintended negative impacts on animals (though effects in other parts of the world might be less certain). And the extent to which we should be judging genome editing by different standards to those that have seen the widespread use of selective breeding technologies, not to mention vaccines and veterinary medicine, in livestock for many decades is a further question. These things all need to be thought about.

But when we do think about this, and when considering my original question – what's not to like? - we need to remember to think not onlyabout the animals in front of us, but about animal agriculture more broadly and the wider context in which these debates are taking place. The challenge with genome editing livestock for welfare is to think about how the great potential of these technologies might be realised in ways that benefit animals without undermining broader efforts to make animal farming less harmful to animals, less damaging to the environment and, as a result, better for everyone. As the Agriculture Bill progresses and other agricultural policy and regulation is developed following the UK’s departure from the EU, these questions should be central to working out the UK’s future approach to farming. 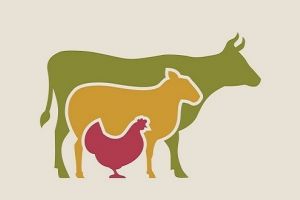