If you or your partner have been pregnant in the last five years, or you have seen news stories about pregnancy screening and Down’s syndrome, you will have probably heard of non-invasive prenatal testing (NIPT), or the ‘Harmony test’ as its often called (which is one of the test’s brand names).

This is a newish kind of screening test in which a blood sample from a pregnant woman is used to test for a range of genetic conditions in the fetus, with varying levels of certainty. NIPT has been shown in multiple studies to be very good at identifying the most common chromosomal conditions – Down’s syndrome, Edwards’ syndrome and Patau’s syndrome – particularly in women who have a higher chance[1] of having a fetus with one of these conditions. You still get some false positive results, but far fewer than with older screening tests. NIPT for these conditions has recently become available to pregnant women in the higher chance category in the NHS in Wales, and it has been promised to women in England and Scotland in the near future.

However, NIPT can already be accessed through numerous private clinics and hospitals across the UK for around £500. It is pretty accurate for Down’s, Edwards’ and Patau’s syndromes even if you are not in the higher chance category, and the test is available from around 9 weeks of pregnancy.

The Nuffield Council on Bioethics’ 2017 report on the ethical issues raised by NIPT discussed the offer of NIPT in the private sector. We highlighted some serious issues with how some (not all) clinics and NIPT test providers are marketing and offering NIPT in the UK. Disappointingly, despite our best efforts to raise these issues, little has changed.

Our main concerns are:

1. Misleading use of statistics

The websites of most private providers state that NIPT is ‘99% accurate’ or has ‘99% sensitivity’. I think most people would assume that this means their result will tell them pretty much for sure whether their fetus has one of the conditions or not. But as the conditions affect less than 1% of all children born, a dummy test that gave everybody a low chance result would be 99% accurate.

A more helpful statistic is the positive predictive value. Sometimes NIPT gives a high chance result when the fetus does not actually have the condition. If you receive a high chance result for Down’s syndrome, there is a 1 in 5 (20%) chance that the result is wrong and your fetus does not have the condition. For Patau’s syndrome, there is a 1 in 2 (50%) chance the result is wrong, and for Edwards’ syndrome, it’s a 3 in 5 (60%) chance.[2] So, if you want to know for sure, you will also need to have a diagnostic test such as amniocentesis. Some companies give people’s results as being ‘positive’ or ‘negative’, which as you can see is highly misleading or, at best, confusing.

2. Poor information about the tested-for conditions

Very fewprivate clinics or test providers include information about Down’s syndrome, Edwards’ syndrome and Patau’s syndrome in their marketing and information materials. In the NHS, the development of balanced and up-to-date information about the conditions has been central to the aim of ensuring women and couples make informed decisions about NIPT. Public Health England has spent a year consulting with support organisations and families of people with the conditions to help them describe, as neutrally as possible, what having a child with one of these conditions might mean.[3] Yet, in the private sector, you’re lucky if they have included the web address of a Down’s syndrome organisation.

At the Nuffield Council, we believe it's only ethical to offer NIPT within an environment that enables women and couples to make informed choices, and the provision of high quality information about the tested-for conditions is crucial to this.

3. Offering NIPT where the accuracy is low or unknown

Many clinics and NIPT test providers offer the option of testing for a range of other, often very rare, genetic conditions. These include those caused by unusual numbers ofthe sex (X and Y) chromosomes, such as Turner syndrome and Triple X syndrome,and those caused by small bits of DNA missing, called microdeletions, such as Prader-Willi syndrome and 5p deletion syndrome.

Information relating to the accuracy of NIPT for these conditions is often missing from websites and public materials. This is probably because the limited research that has taken place has shown that NIPT performs poorly for many of these conditions.[4]

This means that, if you chose to test for these other conditions (and I can understand why many women opt for this when NIPT is marketed as being 99% accurate) and you get a high chance result, there is a high probability that the result will turnout to be wrong. You’re left with a choice between having an amniocentesis, which carries a small risk of miscarriage, to get a definite result, or living withthe uncertainty. We have heard from women in this position that the anxiety this causes can be huge.

We believe that clinics and test providers should stop offering NIPT for conditions where it does not offer an accurate prediction, and that they should provide full information about the limitations of the tests they do offer.

Some private hospitals and clinics offer a full package of care that includes pre-test counselling, access to a healthcare professional to discuss high chance results, and follow-up diagnostic testing if requested. But many do not offer all this. This is particularly true for those companies offering NIPT on a direct-to-consumer basis, where you order online and the test kit is sent to you in the post.

In many cases, it is NHS staff who have to deal with the fall-out. We have heard that women with high chance NIPT results are going to the NHS for advice, support and diagnostic testing. How the NHS will meet demand for this as private provision escalates is a source of concern.[5]Although maternity care staff are receiving training in preparation for theroll-out of NIPT for Down’s, Edwards’ and Patau’s syndromes, they are less likely to know about the other conditions that private NIPT providers offer to test for.

I’ve highlighted four areas of practice that we are concerned about, but our list ismuch longer (e.g. lack of information about the possibility that NIPT might not produce a clear result either way, or that it might identify secondary findings about the mother’s health, using offensive language when referring to Down’ssyndrome and other conditions, and the offer of ‘baby gender’ tests). We think things could be much better.

We have already produced a guidance leaflet for manufacturers and healthcare providers on the information to include on their websites and leaflets about NIPT.

However, it seems unlikely that self-regulation will be enough. As such, we are delighted that the Care Quality Commission has recently changed its position and now considers NIPT to be within its remit, in line with a recommendation in our report. It has already started carrying out inspections of clinics in England that offer NIPT, so we hope to start seeing improvements in standards of care soon.

In addition, last week we urged the House of Commons Science and Technology Select Committee to investigate the regulation of private NIPT as part of an inquiry on commercial genetic testing. We are also seeking to raise public awareness of the issues (see today's BBC article and segment on BBC Radio 4's Today programme).

We will continue to work with these and other partners in a renewed effort to raise standards among private NIPT providers.

[1]Pregnant women usually find out if they have a higher chance of having a fetus with Down’s syndrome, Edwards’ syndrome or Patau’s syndrome through early pregnancy screening tests, such as the combined test. These tests are offered to all pregnant women in England, Scotland and Wales. The results of an ultrasound scan and blood tests are taken together with the woman’s age to workout a probability score. If the score is at least 1 in 150, the woman is considered to be in a ‘higher chance’ category.

[2]See the Warwick Evidence systematic review of the performance of NIPT across 41studies, which is summarised on p13 of the Nuffield Council on Bioethics’ reporton NIPT. For statistics geeks, in a general population of pregnant women, the positive predictive value of NIPT for Downs’ syndrome is 81.6%, for Edwards’ syndrome is 37%, and for Patau’s syndrome is 49%. The negative predictive value (NPV) tells you how likely it is that a low chance NIPT resultis correct. NIPT has a very high NPV for Down’s, Edwards’ and Patau’s syndromes(99.9%) so you can be pretty certain a low chance result means that you do not have a fetus with one of the conditions.

[4] Cochrane,an independent research organisation, published a meta-analysisof the evidence on the accuracy of NIPT in 2017. They were unable to perform meta-analyses of NIPT for several sex aneuploidy conditions because there were very few or no studies. Other studies have considered the utility of NIPT for testing for microdeletions, e.g. this study, by some of the leading NIPT experts in the UK, concluded that NIPT for microdeletions is not ready for routine clinical implementation.

[5]See paragraph 4.35-36 of the Nuffield Council on Bioethics’ reporton NIPT. 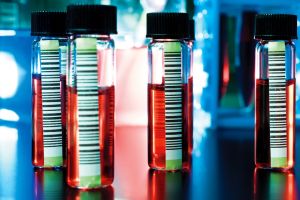 We welcome the Church of England's motion on valuing people with Down's Syndrome in light of the...