We have been eagerly awaiting the Science and Technology Committee’s report on research integrity since it began its inquiry in January 2017 (and following a break in proceedings and a reshuffling of the committee due to the general election). The report, published today, represents a further milestone in the debate about the state of the UK academic research sector.

No one could dispute the importance of UK research – to our progress as an innovative and prosperous nation, and to underpinning the decisions we make in all areas of society. Any threat to the health of our research community is deeply worrying. Suspicions that something had gone awry in recent years led the Nuffield Council on Bioethics to initiate a project on the culture of research and its effect on researchers in 2014. Ottoline Leyser, who led our work, conveyed our findings to the Science and Technology Committee, as did a number of the other organisations that submitted evidence. Through extensive engagement with researchers, we found that high levels of competition and perceptions about how researchers are assessed for jobs and funding could be contributing to a loss of creativity, less collaboration, and poor research practices (intentional or otherwise).

The Committee’s report focusses largely on the latter of these symptoms. The report helpfully considers the extent of research misconduct, questionable research practices and research errors, and it suggests how such activities might be better monitored and policed in future. Recommendations include improving compliance with the Research Integrity Concordat, implementing national standards for research integrity training in universities, and establishing an independent committee to oversee investigations of misconduct by universities. It also encourages more universities to support the UK Research Integrity Office – a small but effective body that provides independent advice to the research sector. These are sensible suggestions.

However, it will come as no surprise that I think one section of the report really hits the button. In ‘Creating a suitable research culture’ (in Chapter 4), the Committee reflects on how the wider culture of research could be changed to better support research integrity.

First, it is notable that comments from witnesses in this section suggest that the concept of research integrity can be interpreted more broadly than that adopted by the Science and Technology Committee. Marcus Munafo talks about the ‘wider scientific endeavour’ and the Director of the MRC Laboratory of Molecular Biology discusses how his colleagues are rewarded based on the quality of their collective, long-term research output. In a foreword to our report on research culture, the leaders of five scientific professional bodies discuss the importance of supporting and encouraging science that is ‘high quality, ethical and valuable’. We go on to describe high quality research as that which embraces collaboration, multidisciplinarity, openness and creativity. This seems to be a more holistic idea of research integrity, as opposed to whether or not researchers are making up or burying results.

Second, the emphasis in this section of the Committee’s report is on the root causes of the perceived threat to UK research. It discusses the hostile, hyper-competitive environment of academic research, which can drive good researchers away, and the perverse incentives for ‘showy research’ created by our funding and publishing systems. The Committee welcomes a new emphasis on research integrity in the environment section of next Research Assessment Exercise, and it calls for research on the effects of incentives on researcher behaviour – something that we would very much welcome. Some work has already been carried out in this area, including HEFCE-commissioned work on the role of metrics in research assessment (The Metric Tide).

This is all helpful. However, by focusing its report largely on research misdemeanours (even though it acknowledges these are probably rare), the Committee might have missed an opportunity. It doesn’t delve deeply into why researchers, research groups, and even whole institutions, behave in certain ways and carry out certain research. Promising work in this sphere is being carried out by the Royal Society, which is “challenging assumptions about how success was achieved in the past, considering the state of the system today, and inspiring fresh new thinking about what an idealised future could look like.”

Another thought springs to mind – and it is one that could be directed at our own work. Why the focus on academic, scientific research? What about commercially funded research, which represents 67% of R&D in the UK? What about humanities research? The answer in our case was related to our remit as an organisation. It would be good to see the Science and Technology Committee take a look at what’s happening in different research cultures in future (and it may well already be planning to do this in its forthcoming report on clinical trials transparency and medical research).

Overall, we should congratulate the Committee on bringing renewed attention to the quality of research being undertaken in the UK. Whatever you chose to call the problem, all the actors within the research system should be encouraged to self-reflect on how things are working, which this report helpfully does.

research culture
Sign up to our newsletter
Back to Blog

The Parliamentary Office of Science and Technology (POST) has published a research integrity briefi...

Scientists concerned that culture of research can hinder scientific endeavour 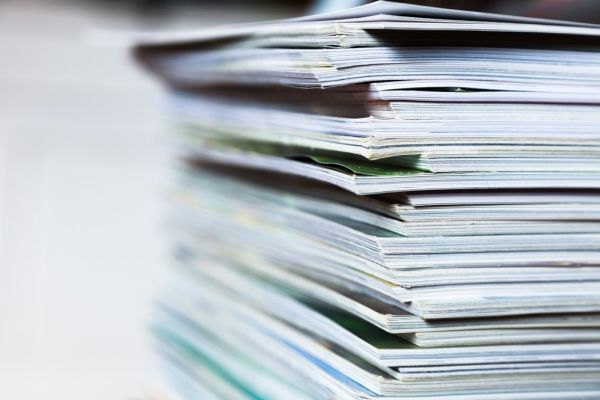