A lack of clear, accessible, and transparent data creates a series of ethical issues for egg freezing, according to a new briefing note from the Nuffield Council on Bioethics.

The Nuffield Council on Bioethics has today published a ‘bioethics briefing note’ which highlights a pressing need for data on egg freezing success rates to be presented more clearly, accessibly, and transparently. At present, research suggests that women find these data difficult to navigate.

“It’s vital for women thinking about freezing their eggs to be able to make informed choices. To do this, they need easy access to data on their chances of success across various stages of the process – from freezing and thawing eggs, to having a live birth. But they also need clinics to be frank about the process, and about what is known and unknown about egg freezing. This is especially important given egg freezing’s increasing popularity.”

Egg freezing as an employment benefit

One area where clear information and research are likely to be important in the future is where egg freezing is offered as part of an employment benefits package. Although this isn’t common in the UK at present, it is beginning to be offered by some companies.

For some women, being offered egg freezing as an employment benefit could feel empowering and give a sense of being in more control over their reproductive future. For others, the offer might make them feel pressured to delay motherhood. If more employers consider providing this benefit, research needs to focus on women’s needs and their experiences of using such schemes.

The Nuffield Council also highlights that offering egg freezing as part of a benefits package is not the only option for employers to support employees’ reproductive choices. Improvements to family-friendly work environments, childcare subsidies, and family leave also have a key role to play.

The briefing note also reports that:

The Nuffield Council on Bioethics is an independent body that has been advising policymakers on ethical issues in bioscience and medicine for nearly 30 years. We are funded by the Nuffield Foundation, the Medical Research Council, and Wellcome.

This is the eighth in a series of bioethics briefing notes published by the Nuffield Council on Bioethics.

Egg freezing
Sign up to our newsletter
Back to news

Egg freezing in the UK

This briefing note provides an overview of key policy, social, and ethical issues around egg freezing and social egg freezing. 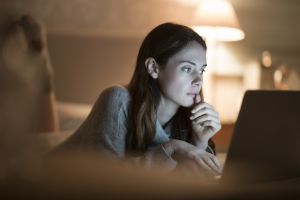