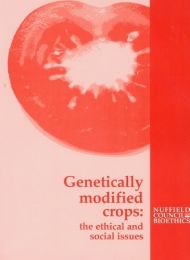 This report considers the ethical, social, and regulatory issues raised by the genetic modification of crops. 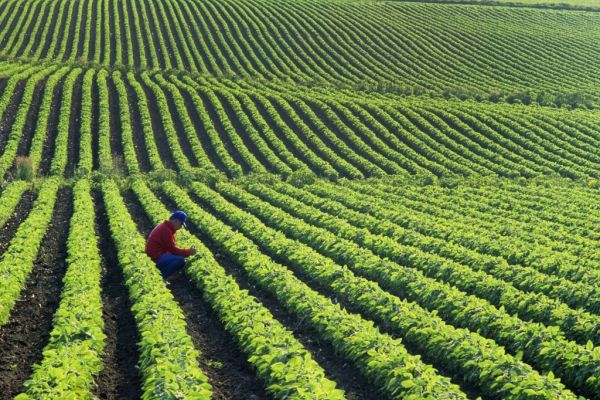 The Council set up a Working Party in 1998 to consider the ethical, social, and regulatory issues raised by the genetic modification of crops, several years before this became the topic of fierce public debate.

The final report, published in 1999, considers aspects of environmental protection, food safety and consumer choice. A follow-up discussion paper The use of GM crops in developing countries was published in 2003.

The introduction of genetically modified (GM) crops has become highly controversial in the UK and some other parts of the world. The principal objections concern possible harm to human health, damage to the environment and unease about the ‘unnatural’ status of the technology. The Working Party has therefore examined the ethical issues which are raised by the development and application of GM plant technology in world agriculture and food security.

Its perspective on GM crops has been guided by consideration of three main ethical principles: the principle of general human welfare, the maintenance of people’s rights and the principle of justice. Some of these considerations, such as the need to ensure food security for present and future generations, safety for consumers and care of the environment have been straightforward and broadly utilitarian. Others, stemming from the concern that GM crops are ‘unnatural’, have been more complex.The Working Party accepts that some genetic modifications are truly novel but concludes that there is no clear dividing line which could prescribe what types of genetic modification are unacceptable because they are considered by some to be ‘unnatural’. It takes the view that the genetic modification of plants does not differ to such an extent from conventional breeding that it is in itself morally objectionable. GM technology does, however, have the potential to lead to significant changes in farming practices in food production and in the environment.

The Working Party concludes that it is now necessary to maintain and develop further a powerful public policy framework to guide and regulate the way GM technology is applied in the UK. It recommends that an over-arching, independent biotechnology advisory committee is established to consider within a broad remit, the scientific and ethical issues together with the public values associated with GM crops.

Recommendations about the needs for improved risk assessment methods, post-release monitoring and the evaluation of cumulative and indirect environmental impacts are made. The Working Party does not believe that there is enough evidence of actual or potential harm to justify a moratorium on either GM crop research, field trials or limited release into the environment at this stage. Public concern about the introduction of GM crops has led to calls for bans on GM food and moratoria on plantings.

The Working Party concludes that all the GM food so far on the market in this country is safe for human consumption. A genuine choice of non-GM foods should remain available, with foods which contain identifiable GM material being appropriately labelled. The Working Party urges the Government and the scientific community to share their responsibilities in disseminating reliable information about the underlying science and to respond to public concerns.

The application of genetic modification to crops has the potential to bring about significant benefits, such as improved nutrition, enhanced pest resistance, increased yields and new products such as vaccines. The moral imperative for making GM crops readily and economically available to developing countries who want them is compelling.

The Working Party recommends a major increase in financial support for GM crop research directed at the employment-intensive production of food staples together with the implementation of international safeguards.

Even if many of the public at large are ambivalent, public discourse around GM is still highly polar...