Solidarity: reflections on an emerging concept in bioethics

This report was commissioned by the Nuffield Council on Bioethics (NCoB) and was jointly funded by the Arts and Humanities Research Council (AHRC) and the Nuffield Foundation. The award was managed by the Economic and Social Research Council on behalf of the partner organisations, and some additional funding was made available by NCoB. For the duration of six months in 2011, Professor Barbara Prainsack was the NCoB Solidarity Fellow, working closely with fellow author Dr Alena Buyx, Assistant Director of NCoB.

The report, whilst funded jointly by the AHRC, the Nuffield Foundation and NCoB, does not necessarily express the views and opinions of these organisations; all views expressed are those of the authors, Professor Barbara Prainsack and Dr Alena Buyx.

Discussions of bioethics have, in the past, typically revolved around individualistic approaches to ethics, most notably in the much-quoted four principles of Beauchamp and Childress, or in the individual rights-based approaches of, for example, the Council of Europe’s ‘Oviedo’ Convention on Human Rights and Biomedicine.

In recent years, however, increasing attention has been given to bioethics as applied to social or population-level questions. In this arena, bioethics approaches that are based mainly on the protection of individuals can be of limited value, and new and different approaches have been developed. This move towards a wider view of bioethics is perhaps best illustrated by the launch in 2008 of a new journal, Public Health Ethics, which examines problems that arise in public health and preventive medicine.

Solidarity has emerged as one of the concepts that can help inform questions in bioethics where philosophical and policy issues do not turn only on individualised ethics. In addition, recent literature on altruism, which explores aspects of human behaviour beyond a narrow individual interest, shows some overlap with discussions around solidarity. In its own work in recent years, the Nuffield Council on Bioethics has identified solidarity as an important and persistent value that informs a wide range of issues, such as dementia and public health.

However, in contrast to individual rights-based approaches, solidarity-based approaches lack a clear common foundational basis. Moreover, there is a lack of common terminology to discuss solidarity in bioethics, which renders it difficult to capture the full extent to which the value of solidarity has informed bioethical arguments and debates, and how it is employed in relation to terms such as altruism and reciprocity, and approaches such as communitarianism.

The fellowship aimed to provide an analysis of the different uses and meanings of solidarity, and to look at how it can be appropriately used to support policy discussions. 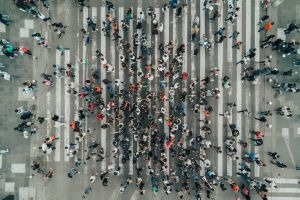 Glasgow 20th-22nd October 2014 – outside, the edge of Hurricane Gonzalo whipping up the River Clyd...

Let’s talk (some more) about dementia

The first report launch I worked on here at the Nuffield Council was the 2009 publication 'Dementi...

Altruism and incentives – can they co-exist?

Last week, the Human Tissue Authority publicised the remarkable news that the annual number of 'altr...