Ahead of the second reading of the Organ Donation (Deemed Consent) Bill in the House of Lords on Friday, we wanted to clear up a few of the myths that have been floating around about organ donation.

1. Changing to an opt-out system of consent will save “thousands of lives”

There is no evidence that opt-out alone leads to an increase in the number of donated organs. The Department of Health and Social Care’s own impact assessment says “there is no unambiguous evidence that opt-out by itself increases consent rates”. Evaluation of the Welsh shift to opt-out has so far shown no evidence of an increase, but the figures are small and more time is needed.

However, we do know some things that do increase the number of donated organs:

Moving to an opt-out system could, conversely, have a detrimental effect on organ donation rates. Trust plays a central role in creating systems in which people are willing to donate and an opt-out system needs to be designed in such a way to minimise the risk of any loss of trust. Going ahead with a change in the law, without a secure evidence base and without good public information and support could undermine public trust, with potentially serious consequences for organ donation.

See Could ‘opt-out’ organ donation save 700 lives a year?

2. You have to be on the organ donation register in order to donate organs

You do not, under the present system, have to sign up to the organ donation register in order to donate your organs, although it helps to have your wishes formally recorded. Under England’s current ‘opt-in’ system, families can, and do, provide consent after a person’s death, on the basis of their own knowledge of what that person would have wanted. That’s why it’s so important to speak to your family and loved ones about your organ donation wishes.

3. Spain have the highest organ donation rates in the world because of their opt-out system

The Director of the Organización Nacional de Trasplantes in Spain attributes the country’s high organ donation rates to better infrastructure and respecting the wishes of the family, not presumed consent. Spain does not, in fact, operate any kind of opt-out register, but depends entirely on family consent to find out whether the deceased person had any objection to donation.

We all want to increase the rates of donated organs. The question is how we can best do that. Whatever legal system is in place, the evidence is clear that the public needs constant awareness to support intra-family discussion, and infrastructure and resources are needed to support sensitive conversations at the point of bereavement, such as through specialist organ donation nurses. The Government wants increased donation, but if it fails to commit resources to these approaches, its opt-out policy will fail, with potentially harmful consequences to the organ donation system.

The Nuffield Council on Bioethics is an independent body that examines and reports on ethical issues in biology and medicine. In 2011, we published a report, Human bodies: donation for medicine and research, the culmination of a two-year inquiry, in which we addressed ethical questions regarding consent for organ donation. We concluded that the taking of bodily material after death should be based on the clearest possible wishes of the donor. In our report, we said that an opt-out could be ethical if people are well-informed, families are appropriately involved (well-supported and not pressured), and trust in the organ donation system is not compromised. We didn’t recommend a change to an opt-out system because of the lack of evidence that such a change alone would increase organ donation rates, and because of concerns that the requirements to ensure that any such system continues to operate ethically are very onerous. We do not believe this situation has changed in the intervening time.

Human bodies: donation
Sign up to our newsletter
Back to Blog 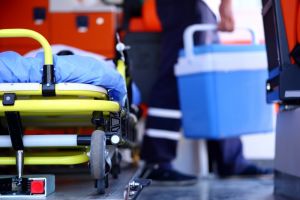 A Bill to introduce a move in Scotland to an 'opt-out' system of organ and tissue donation will ...

Today, Parliament will debate the Organ Donation (Deemed Consent) Bill, which proposes to move to an...