The recently published Lancet Commission on stem cells and regenerative medicine is a very welcome and timely contribution to an important public debate on the extraordinary promise and, at the same time, real moral dangers in the clinical use of new biotechnologies.

The Council has already, in a number of its own publications, identified the key problems and made similar recommendations. The Lancet Commission itself quotes the Nuffield Council’s 2012 report on emerging biotechnologies that focussed on how biotech innovation should always attempt to yield outcomes aligned with the public good.

Our topic summary on innovative therapies highlighted the problems that arise in cases where the distinction between research and treatment begins to break down. A recent blog from Assistant Director Katharine Wright, written in response to the Charlie Gard case, highlighted the responsibilities of healthcare professionals in offering experimental treatments in ‘last hope’ situations where there is a real risk of false hopes being raised. Nowhere is this more difficult than when parents are seeking treatment for their terminally ill child.

As the Lancet Commission acknowledges, the past decade has seen an “exponential growth” in the clinical use of experimental regenerative treatments. Yet the therapeutic outcomes have varied from those described even by experienced doctors as “miraculous” (e.g., the case of Layla Richards) to none at all.

The Commission also helpfully highlights the various ways in which such treatments can be accessed:

“Patients can access stem cell and regenerative therapies in four ways. First, and most straightforwardly, when a therapy has been tested and received marketing approval for the indication for which the clinical team intends to use it. Second, in the context of a clinical trial. Third, through permitted non-research access to a treatment that does not have marketing approval for that indication—including hospital exemption within the EU, and also off-label or compassionate use. Fourth and more crucially, through direct recruitment (usually through the internet) from commercial entities whose activity is not scrutinised or approved by any regulatory body.”

Stem cell therapies that purport to have anti-ageing effects are an example of unapproved regenerative therapies being directly offered to patients. In animal studies, stem-cell therapies have shown promise in arresting ageing – by repairing age-related damage to organs, including the brain – and increasing life span. The effects of stem cell therapy on age-related conditions such as Alzheimer’s disease are being explored in early-stage clinical trials in the United States. While these research avenues seem promising, we are still some way away from having good evidence for any specific intervention in humans. Yet, at the very same time, unproven and potentially harmful stem cell therapies that promise anti-ageing and rejuvenating effects are already offered by clinics around the world at enormous cost to the patient.

This highlights the key problem: people desperate for cures for awful conditions can access information about apparently miraculous treatments. There is also interest in treatments for other reasons too, including the desire simply to look younger. At the same time, some private clinics are prepared to provide them ahead of adequate tests of their safety and efficacy. Yet patients may, in seeking such treatments, be unaware of their status and be prepared to pay exorbitant amounts of money to secure them. Unscrupulous clinics and clinicians can also escape regulation by exporting the treatment to other countries. Medical tourism is an increasing reality and as long as patients are prepared to travel across borders, any demand for better national regulation must acknowledge how it can be escaped.

In a telling example of bad practice from the recent past, Dr Robert Trossel was struck off the UK register by the GMC for making false claims to UK patients about stem cell treatment for degenerative conditions (such as multiple sclerosis) offered in his Rotterdam clinic. He charged up to £12,000 for the treatment that the GMC panel described as “pointless” and “unjustifiable”.

The danger in all of this is not just that of the exploitation of those desperate for a cure and unaware of the high costs of opting for unapproved, unproven, and unlicensed treatments: it is also that of a clinical version of Gresham’s law, in which bad money drives out good. Bad therapies will erode trust in those that may well work – indeed secure remarkable results – and that are properly regulated. They will also erode trust in those clinicians who provide treatment in good faith and under properly approved circumstances. Privately provided experimental interventions may actually make ‘proper’ clinical research more difficult – for example, by making it more difficult to recruit people into a trial that will provide statistically significant data.

The Council is exploring these and other related ethical issues. It will do so with an eye to the global context in which new treatments are discovered and explored, whilst judging UK research in areas such as regenerative medicine, and their clinical use, against the public interest.

Experimental treatments – supporting patient choice while protecting them from harm

Last week we published our latest bioethics briefing note on medical treatments which are considered...

Risking the unknown in hope of a cure: The ethics of patient access to experimental treatments

The Nuffield Council on Bioethics has today published a new briefing note highlighting the ethical i...

This briefing note examines the ethical issues that can arise when patients and doctors wish to use experimental treatments. 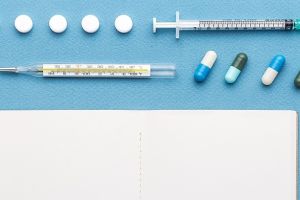 In light of the recent judicial scrutiny of the case of Charlie Gard, Katharine Wright, Assistant Di...

Given the international reach of our 2015 report Children and clinical research: ethical issues, it'...

Comment from the Nuffield Council on Bioethics on the Paediatric Regulation

In 2015 the Nuffield Council on Bioethics published a report on children in clinical research: ethic...

Research with children: ethical processes and challenges around the world

On 3-4 March 2016, the Nuffield Council on Bioethics hosted an international symposium on children ...

Children and clinical research: ethical issues - one year on

It's a longstanding tradition of ours to gather Working Parties together again roughly a year afte...

The Nuffield Council on Bioethics and the Royal College of Paediatrics and Child Heath (RCPCH) have...