The prospect of safe and effective vaccines against COVID-19 is good news for everyone towards the end of a grim year. Of course, caution is still advisable with as yet no certainty as to how long the vaccine might work or whether there might be adverse side effects for certain groups. There are also a host of ethical issues that need to be addressed.

This blog was jointly written by Dave Archard, Chair of the Nuffield Council on Bioethics, and Susan Tansey, Council member and independent Consultant Pharmaceutical Physician.

One of these is whether there is a case for making vaccination mandatory. It might be thought that the biggest risk in the roll out of a vaccine would be a tumultuous rush to the vaccination centres. Yet a significant number of people are distrustful of vaccines in general and the prospective COVID-19 ones in particular. In the USA nearly half of the population would refuse to have the jab. In the UK vaccine hesitancy is not as widespread but it is significant and may be growing. Given that any vaccine has less than 100% efficacy and that a certain level of population immunity is needed to secure the health of everyone, it is important to be sure that enough people will be prepared to have the vaccine. Should we use measures to compel vaccination compliance?

The recently published joint statement of the Standing Committee on Vaccination (STIKO), the German Ethics Council, and the National Academy of Sciences Leopoldina on the ethical and legal framework for administration of a COVID-19 vaccine is absolutely clear that ‘undifferentiated, general compulsory vaccination can be ruled out.’ That is because it is incompatible with a requirement of informed individual consent that derives from the key principle of self-determination. This view seems generally to be shared by other guidelines on access to a vaccine. Yet if the vaccine is safe and effective, and if we can agree that the loss of life and the suffering caused by the pandemic is huge, then why wouldn’t we strive by any practicable means to ensure people do get vaccinated? Why wouldn’t be it ok to balance the loss of individual freedom against the enormous gains in public health?

The 2007 Nuffield Council on Bioethics report on public health argued for a ‘stewardship’ model of the duty any government has to provide conditions that allow people to be healthy. This goes beyond a simple liberal harm principle that allows limitations of individual liberty only to prevent harms to others, but, nevertheless, it would seek to minimise such interventions. In the case of vaccination, the report argues that what it calls quasi-mandatory measures (ones that attach penalties of some form to non-compliance) might be justified in two circumstances: ‘First, for highly contagious and serious diseases, for example, with characteristics similar to smallpox. Secondly, for disease eradication if the disease is serious and if eradication is within reach.’ From what we know, COVID-19 is less serious (in the general population) and less contagious than measles, which we certainly do not think of as requiring mandatory vaccination. But with a general presumption in favour of individual liberty, the onus of justification falls on those who would favour mandatory measures. At the very least it has to be shown that the costs of the interventions that limit freedom are outweighed by the gains of using such measures over merely relying on voluntary compliance.

Care here is needed in appealing to examples that are argued to be ones where we already allow coercive measures to serve the public good. Liberal societies have introduced conscription to fight wars that threaten their future. But conscientious objection is normally allowed, and we can easily imagine individuals who could give convincing reasons for their objection to being vaccinated. It is also not clear how far we can compare COVID-19 to an aggressive war by an enemy who threatens the continued existence of your society. Taxation is enforced for what is sometimes called ‘fair play’ reasons, that is to prevent people from unfairly free riding, namely enjoying the public benefits tax revenue secures without paying their own contribution. I might be happy to pay my share of the costs of a health service but not undergo a vaccination.

So why should we not go for an incentivisation scheme? It might be more effective than relying on people freely agreeing to vaccination but not have the worrying moral costs of mandatory measures. Indeed, Julian Savulescu has argued in a recent article in the Journal of Medical Ethics in favour of making payments to individuals to encourage uptake of the vaccine. It is an interesting argument not least because it does help us to see some of the problems with such an approach. One such problem is indicated in the public health report. Incentives of modest value might be ineffective, but ‘higher-value incentives might lead people to take risks they might not wish to take had no incentive been provided.’ There is a huge and fascinating philosophical literature on what are called ‘coercive offers.’ Threats (‘Your money or your life’) do coerce, but so perhaps do some offers whose terms appear to leave the other person with as little choice as the victim of the highway robber. A much-discussed example is that of a prison governor who offers prisoners a commuting of their life sentences if they agree to take part in a medical experiment of unknown risks. Might a very high payment similarly coerce agreement to be vaccinated? Would those in desperate economic circumstances see the offer as ‘Have the jab and get enough for you and your family to eat?’ The fact that some people are in such circumstances may be down to unjustified social and economic inequality. But we cannot simply wish this context away.

We also need to know what justifies the payment. Is it that it is owed to anyone who takes the risks associated with the vaccine, or is that it simply incentivises taking the vaccine? How we answer makes a difference to how much we pay: enough to induce compliance or proportionate to the risk. And it would differ across individuals according to their attitude to vaccination, their susceptibility to certain risks, and their economic situation. How much do we pay a rich individual who is ill-disposed to vaccines and how much to a poor person who is already willing to be vaccinated? Or to someone desperate enough to gamble on the risks they think they are taking? Hard bargains can easily be negotiated by those who can exaggerate their vaccine hesitancy. Unreasonable agreements may be made by those in bad circumstances.

Crucially, we should only think about non-voluntary vaccination schemes when we have addressed the reasons there might be for vaccine hesitancy. For instance, there is evidence of what has been called a ‘pandemic of social media panic’ that travels faster than COVID-19. If we can effectively prevent the transmission of false information, at the same time as we provide people with trustworthy, clear and comprehensive information about COVID-19 and the vaccines, then we may ensure the degree of public confidence in vaccination that is needed. The public health report uses the example of the 1998 Lancet article on the alleged links between the MMR vaccine and autism that led to a significant loss of confidence in the vaccine. The report enjoins those who report research to do so responsibly. Yet that might not be enough when irresponsibility lies with those who use social media. It would be a significant move to use the law to block fake vaccination news, as has been proposed. Yet the threats to freedom envisaged are surely far less those of mandatory measures to secure vaccination compliance and have none of the possible costs of an incentivisation scheme.

We want people freely to have the jab and to do so for the right reasons. That is just as important as ensuring that the jab they take is safe and effective.

COVID-19
Sign up to our newsletter
Back to Blog 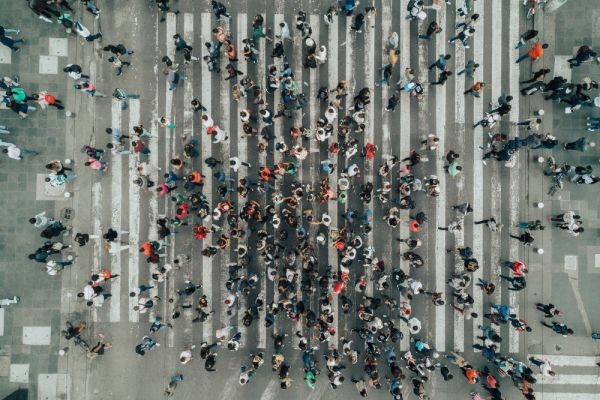 What then does ethical preparedness mean? There is still a great deal of work to do to explore the full scope of such a concept. However, drawing on the lessons from COVID, we suggest the following three elements are likely to play an important role.

A new public dialogue exploring the ethical and social considerations of COVID-19 has found that addressing the societal inequalities worsened by the pandemic, building trust and transparency into government policies, and involving the public more in policy making are key areas of public concern and interest.

The UK Pandemic Ethics Accelerator is currently looking to commission research reviews on four topics related to the unequal impacts of the pandemic, self-reported data collection and international aid, and is recruiting a Communications and Public Affairs Manager.

A bioethics view on the latest covid vaccination policies

With the UK Government due to announce its Covid winter plan, Danielle Hamm, Director of the Nuffield Council on Bioethics, provides a bioethics perspective on recent and expected policy developments relating to covid vaccination.