There are two kinds of question that people ask about developments in life sciences and biotechnology. One is along the lines of: ‘what controls or limits should we place on technological innovation?’ There may be obvious answers to this question: threats to public safety, or risk of adverse environmental impact, for example, offer good reasons to control innovation in specific ways. The other is of the form: ‘what kind of technologies do we want?’

This question is harder, more open. Formulating a response requires us to feel our way towards it, taking trouble to explore what it means, what the context is, what the options are, what their implications and consequences might be, and for whom. In many cases of technological innovation, the second question is not heard at all, or posed only weakly, implicitly or abstractly. Some assume that the answer to the first question itself gives a sufficient answer to the second: that not interfering with innovation, other than to control risk and prevent harm, makes way for the ineffable wisdom of aggregated individual evaluations to shine through in the marketplace.[1]

In the first week of January, the UK Department for the Environment, Food and Rural Affairs (Defra) launched a consultation on the regulation of genetic technologies, focused on potential applications of genome editing in UK agriculture and aquaculture. Genome editing (the deliberate, targeted modification of a DNA sequence in a living cell) has been adopted enthusiastically in biological research and a number of agricultural applications have been explored. It was the subject of our report Genome editing: an ethical review, published in 2016. That report identified the use of genome editing in farmed animals as a priority area for further consideration. Among all the applications of genome editing it is one of the most advanced yet least discussed, despite the decisive impact public attitudes have had on earlier agricultural biotechnologies and the distinctive issues that surround their use in animals. For these reasons, it is currently the subject of a major Council inquiry that began in 2019 and will conclude later this year.

The gap into which the Defra consultation plays is an equivocation over whether genome editing, a subtle and precise range of techniques, should be subject to the same regulatory strictures as earlier generations of biotechnologies. The consultation is in two parts. The first concerns the use of genetic technologies to produce organisms that could have come about without deliberate intervention or using ‘traditional’ breeding methods, given a sufficient number of cases and a sufficient amount of time. This use of technology is appealing in the way that giving Shakespeare his head might seem preferable to waiting for the monkeys to do their thing with the typewriters. The consultation asks whether organisms produced in this way should be subject to less stringent regulation than the more radical and less controllable ‘old school’ transgenic approaches where, for example, a functional DNA sequence is taken from one kind of organism and inserted into another.

The UK is not alone in thinking that not all technologies are equal – other European countries and the European Commission’s own group of scientific advisors think that genome edited organisms could be regulated with a lighter touch than some GMOs. The sticking point is a judgment of the European Court of Justice from 2018 that says that they shouldn’t. This judgment is, of course, binding for the member states of the European Union.

The Defra consultation honours a promise made during the passage of the Agriculture Bill last year. But the circumstances – the indecent haste after the end of the Brexit transitional period, hiving off a class of applications as a potential ‘quick win’ and a short, ten-week consultation period – betoken a political exigency to find some tangible good that might come from Brexit.

The consultation itself follows the model of government written consultations that are designed to gather up the established views of key stakeholders (although it does encourage them to foster wider discussions). And early indications are that the battle lines familiar from earlier GMO debates are, indeed, being drawn up once more. While there are intimations that, as a result of what appears to be a mainly strategic capitulation, the gambit of hiving off some applications of genome editing may have persuaded some objectors to cross the floor, others have merely ‘doubled down’.

Whether the majority of people will be drawn into the trenches with the pro-biotech lobbyists or anti-GM NGOs is questionable, however. Taking the trouble to discover whether they will is important because we know that public attitudes have had a decisive (and chilling) effect on UK agricultural biotechnology in the past and that they can be mobilized effectively by interest groups. With the life sciences enjoying a boost in cultural approbation there have been suggestions that some scientists may see this as an opportunity for a land grab. By hiving off the most innocuous-sounding applications of genome editing for less stringent regulation they may be able to split the opposition. And with the political support to carry it through, why not get this in the bank?

I think this would be short sighted, and possibly self-defeating. In splitting the opposition to technological innovation it would, at the same time, also split the science. The second part of the Defra consultation relates to the wider framework for GMOs. It does not propose an imminent change but seeks information about how Defra should reform its approach to regulating novel organisms in the longer term. It then asks about the sufficiency of existing non-GM regulations to regulate GMOs in relation to a number of sectors (crop plants, farmed animals, human food, animal feed, medicines etc.). This is, potentially, where bigger potatoes are buried.

While these are important questions, the focus on the organisms themselves tends to shore up the old canard that the controversies are mainly about product safety. Certainly, factors such as ‘impacts on trade, consumer choice, intellectual property, regulatory, animal welfare” were mentioned in part one of the consultation. But there are a myriad of other interdependent dimensions including animal health, nutrition, zoonotic disease, ecosystems, biodiversity, climate, rural livelihoods, supply chains, industry structure and food security that comprise the sociotechnical imaginaries that are at stake. And these wider considerations apply equally where the biotechnology in question produces organisms that could have come about as a result of ‘traditional’ breeding and where it produces others that could not.

The internal and external challenges facing the food and farming system do not only affect us as food producers and consumers but as citizens and societies. And they are more complex and longer-term challenges than can be addressed by simply having an efficiently functioning marketplace.[2] Under the right circumstances, biotechnologies may have an important part to play. How they fit in is a question of the broader vision.

For over a year now we have been working to develop a significant public dialogue initiative in this area. We have been doing this in partnership with others who have an interest in responsible research and innovation, including major UK research funders, and with the help of Sciencewise, the programme funded by UK Research and Innovation, that aims to ensure policy is informed by the views and aspirations of the public. While our progress has been impeded by the pandemic and its shifting priorities, our hope remains that the dialogue will arrive at just the right time, borne by the growing salience of genome editing, to contribute to what should be an informed and nuanced debate on directions for future national policy. There is a distance to travel but it is important to get this right. This could be the defining moment for this generation of biotechnologies and for the direction of our future food and farming system.

[1] For example, F.A. Hayek: “Value indicates the potential capacities of an object or action to satisfy human needs, and can be ascertained only by the mutual adjustment through exchange of the respective (marginal) rates of substitution (or equivalence) which different goods and services have for various individuals.” The Fatal Conceit, the Errors of Socialism.

[2] On the ‘disembedding’ of markets see Polanyi, Karl (1944) The Great Transformation, the political and economic origins of our time. 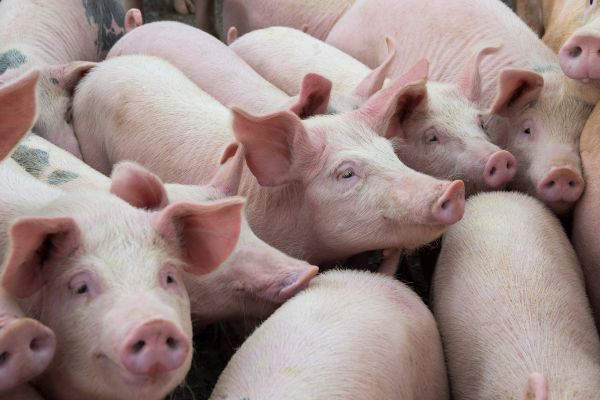