Direct-to-consumer personal genetic profiling services that claim to predict people’s health risks by analysing their DNA are often inconclusive and companies that sell them should provide better information about the evidence on which the results are based, says the Nuffield Council on Bioethics, in a new report on the ethics of so-called personalised healthcare services.The report says that claims that these services are leading to a new era of ‘personalised healthcare’ are overstated and should be treated with caution. The Council recommends that regulators of these services and advertising regulators should request evidence to back up the claims made by companies.The services are marketed to healthy people as a way of finding out their risk of developing serious conditions such as diabetes, heart disease, Parkinson’s disease and some cancers. But people taking the tests are faced with complicated risk data in their results and may experience undue anxiety, or be falsely reassured, says the Council.Professor Christopher Hood, chair of the Working Party that produced the report, said:“Commercial genetic profiling services may seem to be providing more choice to consumers, but the test results can be unreliable and difficult to interpret and they are often offered to people with little or no genetic counselling or support”.“People should be aware that other than prompting obvious healthy lifestyle choices such as taking more exercise, eating a balanced diet and reducing alcohol consumption, the tests are unlikely to inform them of any specific disease risks that can be significantly changed by their behaviour,” added Professor Hood.Currently there is no overarching system of regulation for personal genetic profiling. The tests are mainly provided by companies based in the US, and they can cost up to US $2,000. During its inquiry, the Council wrote to providers of genetic profiling services to try to find out how many people are currently using them, but the companies were not willing to share this information.The Council recommends that genetic profiling companies should provide more information about their services to consumers before they buy, such as their limitations, the fact that the results may require interpretation by a doctor or geneticist, and which other third parties may have access to the data arising from the test. Government-run health websites should provide information about the risks and benefits associated with personal genetic profiling services, including whether or not it could be necessary for people to inform insurance companies of the results.Professor Nikolas Rose, one of the authors of the report, said:“Genetic profiling services come with the promise that people will be able to take more responsibility for their health – but it is not clear what that responsibility would imply.”“You may feel a responsibility to change your lifestyle on the basis of your results, without the help of a doctor to interpret the ambiguous risk statistics. You may feel a responsibility to inform family members, insurers or potential employers of your risks, even though you may never develop the conditions in question,” added Professor Rose.To make these recommendations, the Working Party weighed up whether the need to reduce harm was strong enough to propose interventions that compromised people’s freedom to pursue their own interests.The report also considers another so-called personalised healthcare service – direct-to-consumer CT, MRI and ultrasound body scans as a form of ‘health check-up’ for people without pre-existing symptoms, a service which some companies offer at a cost of more than £1,000.CT scans carry serious physical risks from the radiation involved, especially if whole body scans are used, and carried out on repeated occasions.The Council says that the commercial sale of whole body CT scans as a health check for people without prior symptoms of illness should be banned, as any potential benefits do not justify the potential harms caused by the radiation. It also suggests that companies offering scans as part of a health check should be regulated to ensure they are meeting standards of quality and safety.The Council recommends that doctors should receive specific training on giving advice to patients about direct-to-consumer genetic profiling and body imaging services, and about making referral decisions on the basis of these tests.“It would be unfair for people to be referred unnecessarily for specialist treatment on the NHS as a result of their genetic profiling or body imaging service that they have purchased, ahead of others who have not done so, or don’t have the means to. On the other hand, it would be unfair for a publicly-funded healthcare system to turn away people who are worried about their health as a result of a privately bought service. This raises a difficult dilemma, and doctors therefore must be supported in advising patients about, the limitations of the tests and any lifestyle changes that are being considered,” said Professor Rose.

The Working Party developed an ethical framework consisting of five ethical principles against which each of these new developments were examined, and on which the recommendations are based. The principles are:1. private information should be safeguarded2. individuals should have freedom to make their own choices3. the state should act to reduce harm4. public resources should be used fairly and efficiently5. social solidarity (the sharing of risks and protection of the vulnerable)The Working Party also looked at the implications of consumerisation in healthcare and of people being encouraged to take more personal responsibility for their health.The Working Party’s conclusions and recommendations are published today in the report Medical profiling and online medicine: the ethics of ‘personalised’ healthcare in a consumer age.

Copies of the report Medical profiling and online medicine: the ethics of ‘personalised’ healthcare in a consumer age will be available to download from Tuesday 12 October 2010. To request an advance copy on 11 October please contact Sarah Bougourd (see above).

6 About the Nuffield Council on Bioethics

The Nuffield Council on Bioethics examines ethical issues raised by new developments in biology and medicine. Established by the Nuffield Foundation in 1991, the Council is an independent body, funded jointly by the Foundation, the Medical Research Council and the Wellcome Trust. The Council has achieved an international reputation for addressing public concerns, and providing independent advice to assist policy makers and stimulate debate in bioethics.The Council has previously reported on the ethical issues raised by pharmacogenetics, the study of the effects of genetic differences between individuals in their response to medicines. See: Pharmacogenetics: ethical issues (published September 2003) available at http://nuffieldbioethics.org/project/pharmacogenetics/

Personalised healthcare
Sign up to our newsletter
Back to news

Members of Council travelled to Paris for a trilateral meeting with the French and German national b...

The Council's Director, Hugh Whittall, was invited to meet with the US Presidential Commission for...

Medical profiling and online medicine: the ethics of 'personalised healthcare' in a consumer age 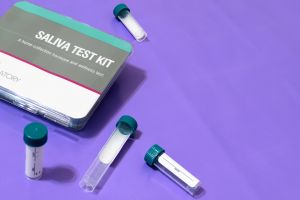 The Government should do more to help people find trustworthy health websites and use online health ...

Launch of the Nuffield Council report on ‘personalised healthcare'

Following a two-year inquiry, the Council will publish the report Medical profiling and online medic...

The House of Lords Science and Technology Committee has today published a report on Genomic Medicine...

Launch of consultation on 'personalised healthcare'

The Council has launched a public consultation on the ethical issues raised by online healthcare, te...