The Nuffield Council on Bioethics has published a Supplement to its report Genetic Screening: ethical issues (1993). It summarises scientific, technological and policy-related developments that have taken place over the past 13 years in the UK.

“Our original Report on this topic remains one of the Council’s most cited and frequently accessed publications,” said Professor Sandy Thomas, Director of the Council. “A small follow-up Working Group was established to review the many changes and advances that we have seen in the area. The ethical analysis of the original Report was judged to be still relevant and has not been expanded further in the new publication.”

Developments that have taken place include:


Only a small number of additional genetic screening programmes have been introduced since 1993. Most developments have concerned the expansion of existing restricted projects or pilot schemes into national programmes. Although many more gene variants for rare single-gene disorders have been identified, they are rare in the population and screening has not been recommended. The difficulties in developing accurate tests for common diseases, such as coronary heart disease and diabetes, have also been a factor.

As our knowledge increases, it may be possible to screen for susceptibility to common diseases in the future, although we predict this will not occur for several years. The Council concluded that the potential of screening to improve health should not be exaggerated, since this could lead to false assumptions and unnecessary anxiety.

There are important issues surrounding how consent to take part in a screening programme is obtained, how professionals convey any unexpected information, and whether genetic counselling is offered prior to or after the test has been carried out. There are concerns that, if genetic screening became more widespread, the demands of consent and counselling should not become so burdensome as to slow the introduction of new programmes or to restrict existing programmes. For this reason, the Council proposes that counselling should be concentrated on those conditions that threaten life or have a serious impact on the ability to live life fully.

Currently, there is no evidence that UK employers are carrying out genetic testing as a condition of employment, and the HGC has concluded that employers should not demand this in future. The Council endorses the continuation of the Moratorium that restricts the use of genetic test results by insurance companies, which we consider places insurance companies at little disadvantage.

Genetic screening
Sign up to our newsletter
Back to news

Genetic screening: a supplement to the 1993 report

This supplement to our 1993 report on genetic screening summarises scientific, technological and policy-related developments that have taken place over the past 13 years in the UK. 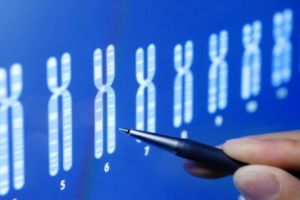