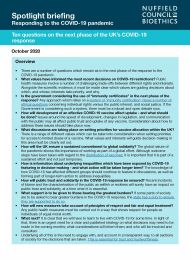 This spotlight briefing summaries the questions that remain for the UK Government about the next phase of the COVID-19 response. 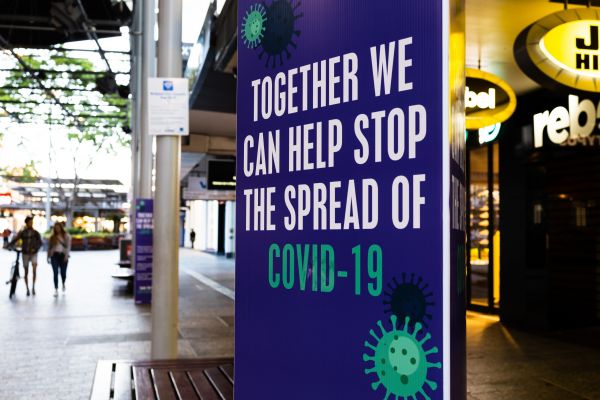 2. Is the Government considering the use of "immunity passports" in the next phase of it's response?

Leaked documents from the government’s newly proposed mass testing scheme ‘Operation Moonshot’ suggest that testing for access to certain spaces “feature heavily” in the plans, with references to immunity/virus free passports. “Immunity certification” relies on the premise that if effective markers of immunity from COVID-19 could be identified, this could then be used to determine whether an individual should be permitted to move in certain spaces or perform certain tasks. Such a process could exist either in the public sphere - for example, to waive isolation for particular individuals - or in the private sphere - as a condition of access to commercial spaces, or as a condition of employment.

In addition to a number of uncertainties which still exist about protective immunity to COVID-19 (whether the presence of antibodies equates to immunity; the duration of any protection they confer; and the possibility of reinfection), the idea of immunity certification also raises many ethical questions.

Our rapid policy briefing COVID-19 antibody testing and ‘immunity certification’ highlights the tension that such an approach could create between individual rights and public interests and the potential social disruption which might follow: a preference for those who can demonstrate immunity and a stigmatisation and loss of opportunity for those who cannot; the commodifying of biological markers and the creation of systems or approaches which put a premium on immunity status; and the subsequent incentive to fake, manipulate, or misreport test results. It also highlights that the negative effects of any certification system are likely to fall disproportionately on the already socially marginalised and disadvantaged: those in low-paid, insecure sectors of the economy for whom testing may be used to require large parts of the workforce to return to work.

There is a similarly urgent need for discussions to take place on the development of test and trace practices which also have the potential to lead to differential treatment of people in terms of permitting or restricting access to particular spaces and services.The implications of any such approach need to be carefully and deliberately considered. If the Government is considering these measures, they must be subject to a robust and open debate.