This week the House of Commons Science and Technology Committee published a report of its inquiry into GM foods and the precautionary principle in Europe. The title for the report, noticeably taking its own advice and avoiding the two fatally contested terms ‘GM’ and ‘precautionary principle’, is: Advanced genetic techniques for crop improvement: regulation, risk and precaution.

What I see as the key finding of the report, which leads on to what I see as a key recommendation, is the need to take seriously how framing debates about plant technologies as particular kinds of question, that belong to particular knowledge formations and expertises, distorts and prejudices their treatment in a way that has manifestly defied satisfactory resolution. This finding is not new, of course, but the critical reflection it enjoins is lamentably absent from the cut and thrust of current public debate. The question is: are we ready for a more mature reflection?

If this conclusion is to be taken seriously, a number of things follow. The critical turn of ‘thinking about how we think about’ plant technologies, and the exposure of the partiality of our framings, is attended by the sobering realisation that we nevertheless have to find some way of framing our response to them – we cannot simply think about plant technologies without any frame of reference. And along with this comes the vertiginous realisation that there may be no self-evidently ‘right’ way of doing this. We must go to work in the territory of meaning and value, not withdraw to that of fact and demonstration.

What this entails is a need to take responsibility for creating conditions of public decision making in which we may solve our common problems. Hence, what I see as the key recommendation is one that gestures towards the production of meaning and value through mature debate. But first, the Committee has some debunking to do.

It’s not the economy, stupid.

One of the sustained notes of concord between the Committee’s report and our own Emerging Biotechnologies is the rejection of the inappropriate use of an economic normative paradigm.

Economic growth is not an unimportant component of the public good, but it is not the only or most important frame, and it is probably subject to extravagant overclaiming – or, at any rate, unsupported extravagant claiming. As we argued in Emerging Biotechnologies, the relationship between national R&D and national economic growth has to be handled carefully – there is no simple linear relation between research intensity and national advantage.

If not a root cause, a symptom of the techno-nationalist economic paradigm is the place that research policy has within public political discourse in virtue of its domicile within the Department for Business, Innovation and Skills. Research, as an important response to the set of common challenges which it is the central business of government to address, should (we recommended in Emerging Biotechnologies) be brought out of the business and innovation department and co-ordinated across government, preferably under a cabinet-level minister free from departmental responsibilities.

The Science and Technology Committee agreed, and have asked that the Government, in its response to their report, “set out how the Nuffield Council’s work on emerging biotechnologies has informed its research policy” and “how it has responded, or intends to respond, to the Council’s call for structural reorganisation.” We await this response with interest.

It’s not the science, stupid.

Equally (if not more) pernicious in the case of plant science is the vicious swamp of interpretation, invention and invective that engulfs scientific evidence relating to plant biotechnologies.

At the heart of this debate is the precautionary principle over which perhaps too much ink has already been spilled. In our written evidence to the committee in April 2014 we pointed to two shortcomings: the application of the principle to narrowly frame questions about particular technologies and the use of the principle as a decision rule that was based on narrow forms of evidence.

The UK Government comes in for criticism on this score: “by publicly insisting that decisions about this technology be made on the basis of scientific advice alone, the Government shuts down opportunities for wider debate and encourages those who are simply opposed to the technology to continue to contest the science.”

This is not a rejection of evidence-based decision making but a recognition of the multiple forms of evidence that may be relevant, alongside scientific assessments, and a recognition that the job of policy making is still to do (and may not be shirked) once the relevant and available evidence is in.

The Committee, following the International Risk Governance Council, wisely recommends taking seriously the distinction between risk assessment and risk management. This would be an advance (providing that risk definition is itself subjected to critique) that would recuperate risk management as a space welcoming multidimensional considerations, rather than requiring that these be translated into the increasingly absurd discourse of absence-of-evidence-as-evidence. As the Report concludes: “Where value-based ambiguities exist, public discourse, not scientific risk assessment, should be pursued as a route to greater legitimacy.”

A problem we struggle with is how the connection between science and societal challenges is made and how this takes shape under the conditions of research and innovation systems. We need research policy that supports diverse, high-quality basic science and we need an innovation system that is orientated towards societal challenges. But, we need to avoid the premature hypothecation of challenges to particular technologies (e.g. where the royal road to food security is seen as developing agricultural biotechnologies) or, perhaps equally, of technologies to challenges (e.g. where plant biotechnology is ‘all about’ addressing challenges of food security).

Historically, governments have blended dirigisme and laissez faire in different quantities in the search for an ideal policy. There are good reasons to doubt the ability of both policy makers and the market to provide the best stewardship from the point of view of public good.

A more ‘responsible’ approach to innovation requires a negotiation of the significance to be attached to economics, food security, social and global justice, sustainability, public values and the sociotechnical imaginary (see my previous post). Perhaps the design of the innovation system should not be out of scope, either, despite the rather Panglossian view of it taken by the Committee.

Hence, I want to applaud as a key recommendation of the Committee’s report: the “need to reframe and widen the public debate to encourage a more productive conversation about what we, as a society, want from our food supply and what sort of agriculture we would like that supply to be based upon” through “a wider, more participatory debate.” But, despite the measures that governments and other agencies might take, this will probably only happen when we escape from the tutelage of partial interests and move beyond ‘captured’ questions of evidence and precaution.

Biotechnology
Sign up to our newsletter
Back to Blog

The recently published Lancet Commission on stem cells and regenerative medicine is a very welcome a...

Public dialogue on genome editing: Why? When? Who?

In a very short space of time, new techniques (such as the CRISPR-Cas9 system) have revolutionised p...

Why do we value naturalness? A lively discussion on biotechnologies

Last Thursday I took the train from Paddington to Bristol to speak at an evening discussion event in...

The moral implications of genome editing in 300 words?

This year, the Council is starting a new project exploring ethical issues around genome editing. In ...

A new report by the House of Commons Science and Technology Select Committee warns that EU regulatio...

Even if many of the public at large are ambivalent, public discourse around GM is still highly polar...

This report explores the ethical issues and challenges raised by emerging biotechnologies and sets out a ‘public ethics’ approach to help guide improved practice in policy making, research and regulation. 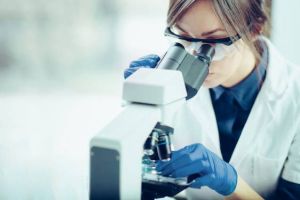