Over recent months, the Council’s Working Party on donor conception has hosted a series of eight factfinding sessions, involving more than 50 people with personal experience of donor conception, or who work closely with those involved. These factfinding meetings aimed to provide a forum where the many different views about these issues could be heard, as part of a wider evidence gathering process undertaken for this inquiry.The Working Party began its inquiry by holding sessions with donor-conceived people, parents of donor-conceived people, and donors; and then went on to hear from social work practitioners, healthcare professionals, academics who undertake research in this area; and those concerned with the law and regulation of donor conception services. A further factfinding meeting will take place in October exploring medical and genetic aspects of donor conception with healthcare professionals.The key issues that the Working Party sought views on during these meetings included:

The Working Party has also received nearly 130 responses to a call for evidence which was open for submissions from both individuals and organisations from March to May this year.Information and views obtained from factfinding meetings and the call for evidence, as well as the Working Party's own reviews of academic literature in the field of donor conception, will contribute to a final report with recommendations for policy and practice, which will be published in spring 2013.Find out more about our project on donor conception.Sign up for our email newsletter to receive further updates about the Council’s work.

Donor conception
Sign up to our newsletter
Back to news

Donor conception report: what has happened since?

The Council has published a record of developments relevant to its April 2013 report Donor conceptio...

This report considers the interests of people affected by donor conception and makes recommendations about what can be done to support, encourage and empower those making decisions about the sharing of information. 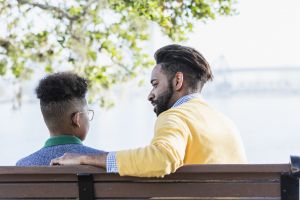 New ethics report addresses if, when and how people conceived using donor sperm or eggs should be told of their origins

The Nuffield Council on Bioethics has today published a report that says parents of donor-conceived ...

Should children be told they were donor-conceived?

Is the decision to tell children they were conceived using donor eggs or sperm a private matter for ...

The Council has set up a Working Party to consider the ethical issues raised by the disclosure of in...