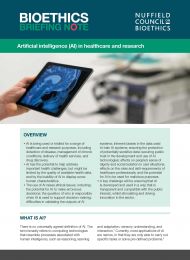 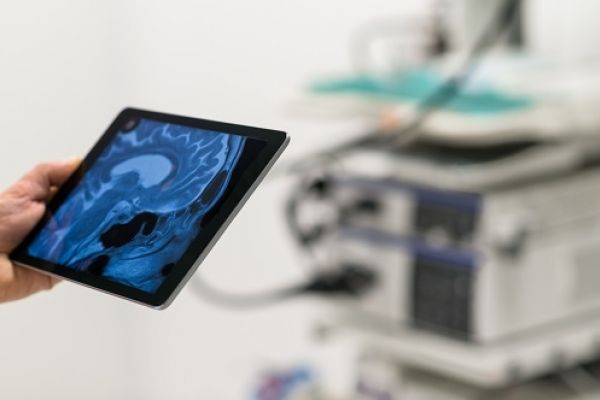 AI is not new, but there have been rapid advances in the field in recent years. This has in part been enabled by developments in computing power and the huge volumes of digital data that are now generated. A wide range of applications of AI are now being explored with considerable public and private investment and interest. The UK Government announced its ambition to make the UK a world leader in AI and data technologies in its 2017 Industrial Strategy. In April 2018, a £1bn AI sector deal between UK Government and industry was announced, including £300 million towards AI research.

AI is lauded as having the potential to help address important health challenges, such as meeting the care needs of an ageing population. Major technology companies – including Google, Microsoft, and IBM – are investing in the development of AI for healthcare and research. The number of AI start-up companies has also been steadily increasing. There are several UK-based companies, some of which have been set up in collaboration with UK universities and hospitals. Partnerships have been formed between NHS providers and AI developers such as IBM, DeepMind, Babylon Health, and Ultromics.

Such partnerships have attracted controversy, and wider concerns about AI have been the focus of several inquiries and initiatives within industry, and medical and policy communities (see below).

Examples of inquiries and initiatives on AI