The use of GM crops in developing countries

We consider a number of questions that are frequently asked about the introduction of GM crops in developing countries:

In view of the amount of food available worldwide, are GM crops really necessary?

Some people argue that enough food is produced to feed the world’s population already, and that more effort should be put into better food distribution. However, there are several problems with this argument. First, there are serious logistical and political obstacles that hinder redistribution. Secondly, the growing demand for meat, milk and eggs also requires far more staple crops. Agriculture is a vital part of people’s livelihood in developing countries. Even in areas where there is a food surplus, such as India, there is currently undernourishment due to serious poverty.

While it is crucial to strive for a fairer distribution of land, food and purchasing power we take the view that it would be unethical to rely entirely on these means to address food insecurity. Redistribution is extremely difficult, and there is therefore a duty to explore the possible contributions that GM crops can make. It is unlikely that the amount of food available today will feed the population expansion expected over the next 50 years.

Scientists claim that Golden Rice, modified to produce ß-carotene, could help prevent vitamin A deficiency in Asia, but opponents question whether it would actually achieve this aim. At present, there is no robust scientific evidence for either claim. There is uncertainty both about the bioavailability of ß-carotene from Golden Rice, and about conversion rates for the production of vitamin A in man.

We recommend that it is essential to continue research to establish how effective the approach might be. Golden Rice could make a valuable contribution where other sources of vitamin A are not easily available. It should be compared with alternative methods of improving micronutrients in the diet such as the provision of vitamin supplements through public health programmes.

Will GM crops only be of benefit to large-scale farmers? How would they contribute to international trade?

Although GM crops primarily benefit large-scale farmers, many small-scale farmers in China and South Africa have already successfully grown GM cotton. In China, yields were estimated to have increased by 10% compared to non-GM crops, and the amount of pesticide used fell by as much as 80%, leading to an increase in profits. The efficiency of agriculture has a major impact on the standard of living in most developing countries. It is also important to consider the implications that the introduction of GM crops may have for international trade. Exports from developing countries include tea, coffee, cocoa, sugar and cotton.

We believe that in many instances, GM crops may offer significant improvements to subsistence agriculture. It is also important that exports from developing countries can compete on the world market. If GM crops become more widespread in developed countries, farmers who use non-GM varieties may face financial disadvantages, and the gap between rich and poor could be increased even further. 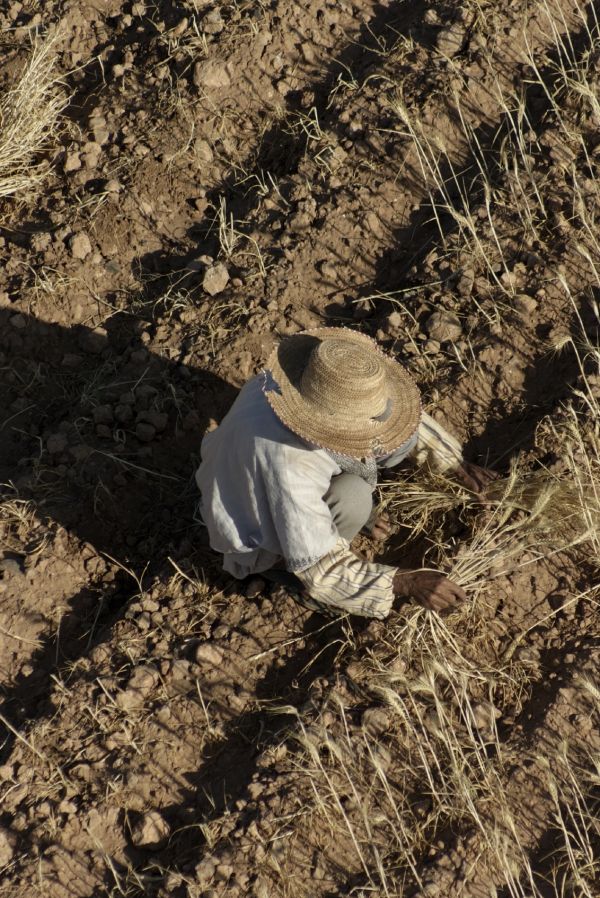 Can GM crops be introduced in such a way that local customs and practices are respected?

There are concerns that the introduction of GM crops will destroy traditional agricultural practices. One example is the practice of many farmers in developing countries of saving seed between harvests, rather than buying new seed each year. It is suggested that the introduction of GM crops will force farmers to buy seed. There are also concerns that in some situations, GM herbicide tolerant crops could lead to a reduction in the demand for labour for weeding on farms.

We recommend that it is important to ensure that local traditions are respected and that farmers are involved in decision making. The use of GM crops will not necessarily spread Western farming practices and genetic modification can be used to improve traditional crops. However, there may be cases where one type of GM crop, such as a GM herbicide tolerant crop, is less useful for a specific kind of farmer in a particular country. There are also likely to be problems if a single company dominated the seed market. It is desirable that, as far as possible, farmers have a genuine choice. To provide this, it is important to encourage research, through public sector support, into crops (whether GM or not) that can be retained by farmers with minimal loss of yield.

What is the best method of achieving sustainable agriculture?

Yields of almost all crops are significantly lower in developing countries than developed countries, because of problems of poor soil and pest infestation. Some people argue that the use of organic farming methods, integrated pest management and mixed cropping would be a more appropriate solution than the use of GM technology.

We concluded that sustainable agriculture can be achieved most effectively when different approaches are combined appropriately. This includes organic and contemporary plant breeding as well as GM techniques. It is unlikely that organic farming alone can cope with agricultural challenges in developing countries, and other important strategies in agricultural practice should not be neglected.