Novel neurotechnologies: intervening in the brain

What are novel neurotechnologies?

Illness or injury that causes damage to the brain can lead to impairments of memory, movement or consciousness, as well as conditions such as chronic pain. The brain has only a limited capacity to repair such damage itself.

The following novel neurotechnologies have the potential to address some of the distressing and disabling effects of brain damage and mental health disorders by intervening in brain function.

Transcranial magnetic stimulation is one form of TBS 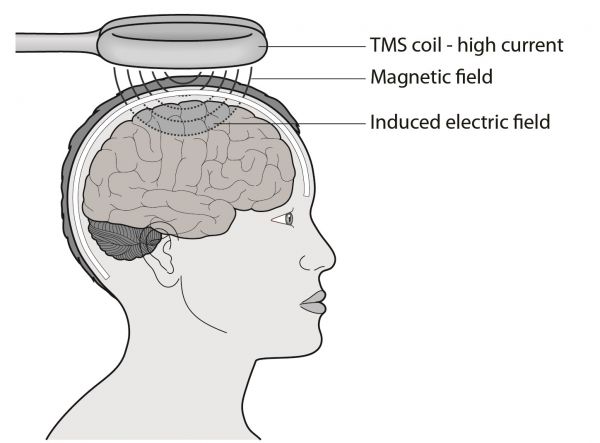 TBS is a term used to describe a group of interventions using devices that stimulate the brain using magnetic fields or weak electrical currents. These are non-invasive in that they involve attaching electrodes to the scalp or placing a magnetic coil next to the head.

What is it used for?

TBS technologies are commonly used in research and they are being explored as treatment options for a range of conditions, primarily depression but also addiction, stroke, tinnitus and others. There is also interest in using these devices to enhance mood or learning.

TBS can result in minor localised discomfort, or in some cases headaches or temporary memory disturbances. 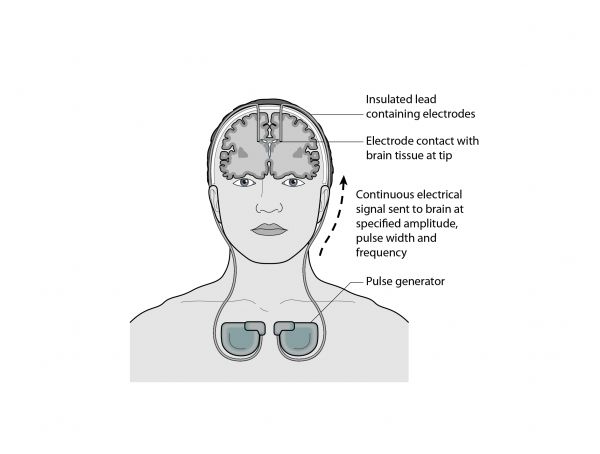 DBS is an invasive procedure requiring brain surgery to place electrodes in a specific region deep within the brain. A power source, also implanted in the body, supplies repeated pulses of current to stimulate that part of the brain.

What is it used for?

DBS is used to treat Parkinson’s disease and movement disorders such as dystonia. Researchers are exploring whether it could also be used to treat psychiatric disorders.

Risks resulting from the neurosurgery itself include infection and bleeding in the brain. There is some evidence linking DBS with unintended changes in mood, understanding and behaviour. 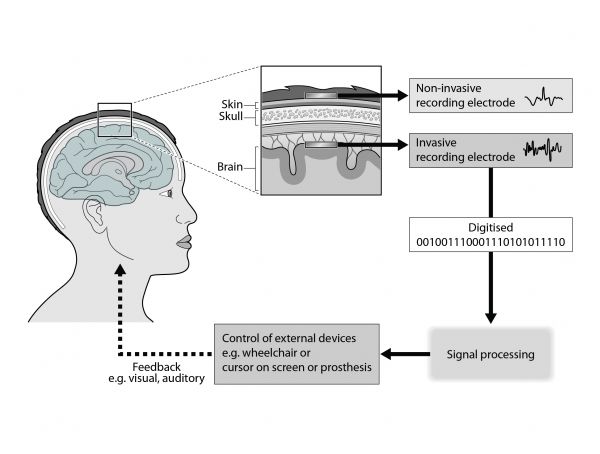 BCIs use electrodes – either implanted in the brain, or resting on the scalp – to record brain signals which are then translated into instructions for operating a computer controlled device. BCIs give users the opportunity to control devices, for example, by imagining movements.

What are they used for?

BCIs are being investigated for use facilitating movement and communication, so they offer significant potential to help paralysed individuals. Currently, invasive BCIs are only being used with patients in research settings. Some non-invasive BCIs are starting to become commercially available, for example as controls for computer games.

Invasive BCIs carry risks associated with brain surgery. Most BCIs under investigation are non-invasive and very low risk, though little is yet known about the ways in which they might alter brain function after extended long-term use. 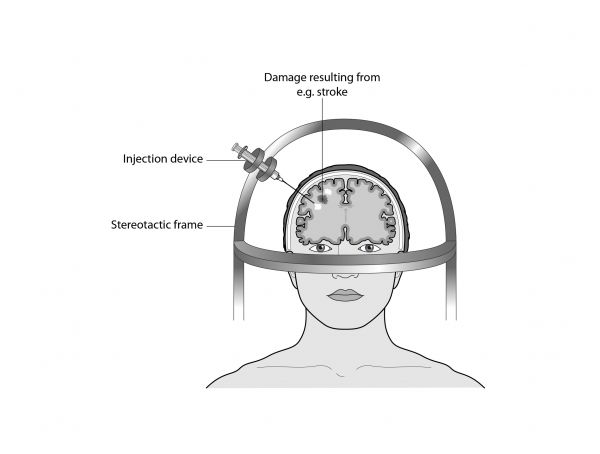 What are they used for?

They seek to repair damage caused by stroke or by progressive brain conditions such as Parkinson’s disease. Current research into these techniques includes a clinical trial in stroke patients. It is too early to say whether this will provide an effective treatment.

Risks resulting from neurosurgery itself include infection or bleeding in the brain. Other possible complications include pain or tumour development if the implanted cells do not grow or integrate as expected. Once the cells are implanted it may not be possible to remove them.