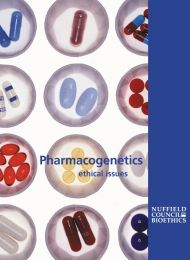 Research in pharmacogenetics investigates how differences in our genes can affect our response to medicines. 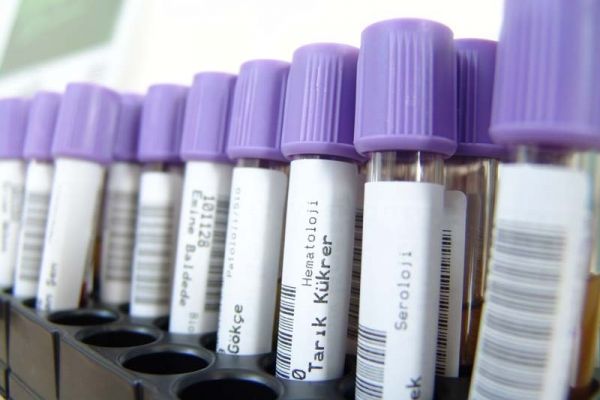 How should pharmacogenetic tests be regulated?

The Medicines and Healthcare products Regulatory Agency (MHRA) is responsible for the licensing of new medicines and genetic tests, based on an assessment of quality, efficacy and safety. The approval of pharmacogenetic tests and medicines will also be under its remit. It is important that these tests should be reliable and of high quality. In some cases, a medicine will only be licensed if it is used in onjunction with a test.

Herceptin, for example, is licensed for use only for patients who have been shown to have high levels of HER2.

How will pharmacogenetic information affect decisions about the provision of healthcare?

Healthcare providers operate on limited budgets and need to assess whether a medicine is cost-effective, offering good value for money in light of the expected health benefits.

Pharmacogenetics will provide information that is relevant to these assessments by allowing more accurate prediction of the cost of a treatment. If groups of patients are identified who are less likely to respond to a medicine, or more likely to have an adverse reaction, will it still be cost-effective to treat them? Decisions about cost-effectiveness of treating different groups of people with the same medicine may be affected by pharmacogenetic information.

However, an exclusive focus on cost-effectiveness, could lead to the possibility that small groups of people with rare diseases or genetic variations might not be given treatment. Justice and equity also need to be considered. Sometimes it will be right to allocate resources to treatments or conditions that might otherwise not be considered cost-effective, in order to ensure a fairer distribution of health care.

Pharmacogenetic information may affect decisions about which treatments to fund, by revealing information about the effectiveness of treatments. It is important that decisions should take into account considerations of fairness.

The National Institute for Clinical Excellence (NICE) is responsible for assessing cost-effectiveness in England and Wales. We endorse NICE’s approach of reviewing cases on an individual basis, considering equity as well as cost-effectiveness.

Is there a risk that some patients will be neglected?

The categorisation of patients into subgroups according to genetic features (either of their disease, or their inherited DNA), could also have an impact on the development of new medicines. This could be beneficial, if medicines that would otherwise have failed could be targeted to a smaller group of patients for whom the medicine is likely to be safe and/or effective. However, some of these groups might be so small that developing specific medicines to treat them could be prohibitively expensive.

Incentives might be necessary to encourage pharmaceutical companies to develop medicines that would provide benefit to only a small number of patients. One possibility would be to apply existing legislation which encourages the development of medicines for ‘orphan diseases’, by offering tax credits, incentives for research and extended patent protection.

Orphan medicine legislation may need to be reviewed if pharmacogenetic information leads to a reclassification of diseases. A subgroup of a single disease would have fewer patients, but it is not clear whether the condition would qualify as an ‘orphan disease’ .

For example, one variant of CYP2D6 which leads to slow processing of many medicines, is present in approximately 7% of Caucasians, but only 1% of Chinese. The fact that some genetic variants are more or less likely to be found within particular groups has implications for the design of clinical trials, and for public health decisions. At the same time, since there is considerable genetic variation within ethnic groups as well as between them, pharmacogenetics should provide a much more reliable way of predicting response to a medicine than relying on racial or ethnic classification.

Pharmacogenetic tests should be validated in the populations in which they are to be used. Those involved in pharmacogenetics research should be sensitive to the potential for misunderstanding and prejudice arising from racial stereotyping.