When I worked at the Human Fertilisation and Embryology Authority in the early years of the present century we still had a working fax machine. It sat on a filing cabinet in the middle of our floor, in a shared office building in the vicinity of Liverpool Street station. If, on any given morning, the mainstream media had happened to scratch at a contentious issue that pushed against the boundaries of our small and orderly world, it was a fair bet that at some point, as the day thickened towards lunchtime, the fax machine would begin to whir and grind. Out of it would emerge, line by line, on (I remember now) either green or lilac paper, an admonitory epistle in verse. Sometimes the poet would castigate the Authority for some regulatory decision or omission; more often than not, however, the poem would end with an unanswerable gesture into the horizonless, oceanic nihil ulterius. Where (the poet asked) will it all end?

What kept at bay some of the vertigo that this question could provoke were boundaries put in place over twenty-five years ago in the UK, following the Report of the Committee of Inquiry into Human Fertilisation and Embryology chaired by Dame Mary (now Baroness) Warnock, who gave the report its eponym. As the Warnock report says at the outset:

“…it would be idle to pretend that there is not a wide diversity in moral feelings, whether these arise from religious, philosophical or humanist beliefs. What is common (and this too we have discovered from the evidence) is that people generally want some principles or other to govern the development and use of the new techniques. There must be some barriers that are not to be crossed, some limits fixed, beyond which people must not be allowed to go. Nor is such a wish for containment a mere whim or fancy. The very existence of morality depends on it.” Warnock Report, Foreword, para.5 (emphasis in original).

Warnock reports the desire for containment first as an empirical discovery (‘this too we have discovered from the evidence’) but then quickly reinterprets it as a necessary condition of all morality (‘The very existence of morality depends on it’). We are to understand that it is not that people pragmatically prefer any limit to no limit at all but that they must establish a limit or else find themselves in exile from the moral order. Among the most contentious questions with which the committee had to deal was that of research involving human embryos. The limitations it proposed were eventually encoded as criteria relating to the serious purposes for which embryos might be used and the time limits to which they may be cultured and kept.[1] Now these limits are under discussion again.Perhaps the most puzzling question for many will be why it is even possible to reopen the question. After all, the nature of the ‘human embryo’ has not changed. (At least, the nature of those embryos with which we are presently concerned has not changed, notwithstanding the multiplication of ‘monsters’ such as 'human admixed embryos' and 'synthetic human entities with embryo-like features' which challenge the natural scope of the category or kind.[2]) The charge that the UK has pursued a policy of "bureaucratic permissiveness ornamented by cosmetic prohibitions"[3] and that the limit on culturing embryos, like the end of the rainbow, will recede even as it is approached, on another view, misses the point of how the transcendental idea of limit functions in organising our common moral existence. Whether it can actually be reached (or breached) is incidental: the point is for the limit to be broached, and broaching it is a reaffirmation of our moral existence.

A place to start is therefore to ask what else may have altered so as to make an extension of the limit a subject of reasonable contemplation. Certainly, recent advances in research that may enable extended embryo culture promise future benefits.[4] This is plausible on the basis that embryo research permitted under the existing rule has led to practical benefits in the treatment of infertility and disease, although extrapolating these to future research contain ineliminable uncertainty.[5] Social norms, too, have shifted tectonically: in vitro fertilisation, embryo research, preimplantation genetic diagnosis, even mitochondrial donation, are not as ‘uncanny’ (unheimlich) as they were (or would have been) in the mid-1970s (or '80s, '90s, 2000s) for most sections of society. But the relationships between norms and knowledge, and between social norms and moral norms remain always problematic. This is the conjuncture into which the new Nuffield Council on Bioethics publication, Human Embryo Culture delves.

The publication arises from a workshop we held in December 2016. Both the workshop and the publication represent earnest attempts on the part of participants to engage with each other and with the 14-day limit in a common tongue, despite the different disciplinary and professional backgrounds (including scientists, philosophers, lawyers, clinicians, scholars in major faiths) and different moral starting points. (It is not enough, after all, to have bona fides; we also need to produce a lingua franca in which it can be performed.) Neither at the workshop nor afterwards did we strive for a consensus, or even a partial agreement. This would have been premature and presumptuous, pending a wider and more public debate. We did, however, map the main contours of the current debate and refine the questions to which scientists, policy makers and others may need to respond.

How 14 days came to be inscribed on the statutory Pillars of Hercules is discussed in the background paper that was commissioned from Sheelagh McGuinness and Charlotte Elves to provide a shared backdrop for discussions at the workshop. (The limit is actually the appearance of the primitive streak, but it is deemed to have appeared no later than 14 days to avoid unnecessary and troubling uncertainty about the precise moment when that developmental threshold is crossed.) The background paper also discusses moral status and value, the virtues of time limits compared to developmental thresholds, and the significance of different times and different thresholds.

As well as the background paper and a report of the workshop proceedings, Human Embryo Culture contains an extended introduction from Jonathan Montgomery, the Council’s former Chair, who led the workshop. As well as gathering some conclusions from the discussions, his introduction also offers a prolegomenon for any future debate.

One of the novel features of this publication for the Council is that, in addition to the summative sections, Human Embryo Culture provides space to elaborate a number of personal reflections, from a range of perspectives. Magdalena Zernicka-Goetz, whose laboratory developed the new culture techniques, Azim Surani, and Sheny Chen and Andrew Chisholm offer views from the research community on the potential for new and important knowledge that could come from human embryo research over extended culture periods. Sam Alvis considers the importance for research of finding international guiding principles informed by broad societal debate. Mehrunisha Suleman and David Katz suggest the different meanings that can be given to embryo research, drawing on Islamic and Jewish scholarship, while David Jones argues that the speculative promises of scientific progress should not countervail the reasons for respecting embryonic life. The contribution of Elselijn Kingma offers a nuanced analysis of arguments about moral status and moral value applied to embryos, while Katrien Devolder, asserting that embryos have no significant moral status, considers how, nevertheless, a time limit must be found that takes account of public acceptability and maintains confidence in the probity of scientists and policy makers. Shaun Pattinson develops ‘proportionate status position’ that furnishes a moral principle to undergird the evolution of regulatory norms through public reasoning. Julian Hitchcock’s contribution highlights some misleading assumptions and exhorts discipline in precisely the kind of moral reasoning that must underlie any legislative debate. Finally, Dave Archard, who took up the Chair of the Nuffield Council in the Spring following the workshop, closes by rehabilitating the wisdom of Warnock’s approach from criticisms that it represented an ‘indefensible fudge’, offering what amounts to a gentle, sober caution for any future debate.

Human embryo research
Sign up to our newsletter
Back to Blog

The Nuffield Council on Bioethics today (4 August) publishes a series of discussions on the statutor...

Human embryo culture: Discussions concerning the statutory time limit for maintaining human embryos in culture in the light of some recent scientific developments 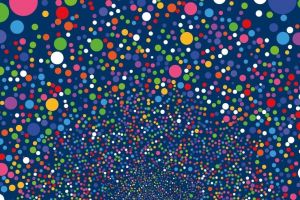