Disagreements in the care of critically ill children 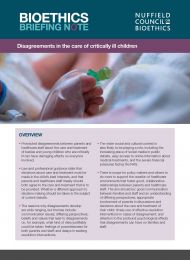 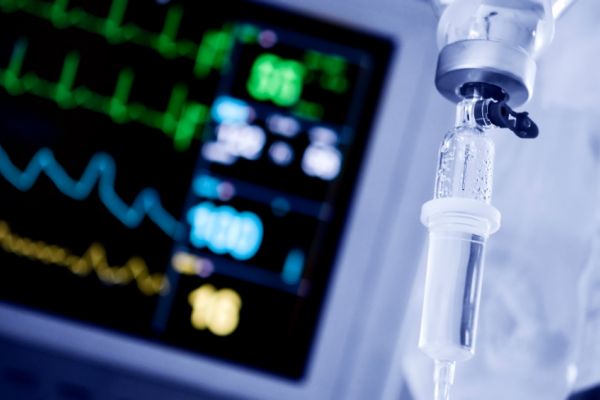 Parents and healthcare professionals are not homogenous groups of people and every situation is different. Here we suggest four broad themes that have emerged in discussions of, and research on, why disagreements develop.

Poor communication between healthcare staff and families can contribute to the development of disagreements. This might include conflicting messages being given to families by different members of staff, the use of insensitive or inappropriate language and terminology, and confusion about what shared decision making means in practice. Communication issues such as these can escalate into a breakdown of trust, families and clinicians avoiding each other, and positions becoming entrenched.22

The importance of open, clear and consistent communication is emphasised across a range of guidance for healthcare professionals. It is recommended that staff should have access to training and education in communication skills and ethics.23 The effects of this kind of training have been studied in a London hospital. Participants were encouraged to empathise with patients and families by stepping into their shoes, and were taught skills to help them recognise and de-escalate conflicts. Of the paediatric staff who experienced conflict in the six months following the course, 91% reported that the training enabled them to de-escalate the conflict.

Healthcare staff and parents can have differing perspectives, beliefs and values that lead them to disagree on the interpretation of medical information, on what kinds of risks justifiably could be taken, and on what constitutes a life worth living.24

Parents and staff might also take a different view on how a decision about care and treatment should be made, and who should make it.26 For example, in one study, most healthcare staff thought making the decision to withdraw a child’s life support was too great a burden for parents to bear, but the majority of parents saw this as part of their parental responsibility.

Differences of opinion do not only occur between healthcare staff and parents. There can be disagreement among staff and within the child’s family.

Parents and healthcare staff can experience feelings of powerlessness, which can contribute to the development of disagreements.

Parents can feel that they are excluded from medical conversations or are the last to be consulted, that they are not given access to important medical information, and that their expertise and role as parents are not adequately recognised. Parents are increasingly aware of variations in treatments on offer in different hospitals and regions, but usually have little choice over where their child is cared for. If a disagreement is referred to the courts, parents are not entitled to legal aid, and their child is usually represented separately by an appointed guardian. There are significant differences in the resources that parents and hospitals can call upon, for example in order to obtain legal advice.

Healthcare staff can feel that they are not adequately supported by their employers to deal with conflict and possible abuse, and that they are vulnerable to public complaints that can take a long time to resolve and be highly stressful. There is also concern that, as staff are often prevented from engaging with the media, the full range of perspectives is not always aired in public debates about the treatment of critically ill babies and young children.

Resolution interventions, such as mediation or a court judgment, are often sought by the healthcare team when disagreements have been going on for some time and have reached an entrenched stage. Barriers to seeking help earlier can include lack of availability or knowledge of resolution interventions, feeling that seeking help from a third party represents failure, and resource constraints. There are calls for more NHS hospitals to have access to clinical ethics committees and mediation services.28

Children’s palliative care specialists are often skilled communicators who take a holistic approach to supporting families of critically ill children, but they are often brought in to discussions at too late a stage. Misperceptions that such specialists only offer care and support at the very end of life, and patchy access to palliative care across the country, could be contributing factors to delays in seeking their input. In addition, a survey of neonatal units in the UK found that many did not have counsellors, psychologists, psychiatrists or social workers to provide psycho-social support for parents.

Parents of critically ill children who have limited options might wish to access experimental or unproven treatments. A disagreement in 2014 between healthcare staff and the parents of Aysha King, a young boy with brain cancer, centred on the question of whether he should have a new type of radiotherapy called proton therapy. NHS England decided the benefits of the treatment were unproven for children with Aysha’s condition and recommended conventional radiotherapy. Aysha’s parents were unhappy with the treatment plan and took him overseas with the apparent intention of obtaining proton therapy at a private clinic in Prague. Doctors believed Aysha was at risk of significant harm and he was made a ‘ward of court’. His parents were arrested in Spain and detained for several days, while Aysha was admitted to a local hospital. However, the High Court decided that the parents’ request for proton therapy was reasonable and Ashya went on to receive the therapy in Prague. In 2018, it was reported that Aysha, then 8 years old, had been cleared of cancer. Some other cases that have reached the courts have centred on disagreements about experimental treatments.[33] As well as hoping for clinical improvements, parents might want to try such treatments as a way of expressing their compassion for their child, and ensuring that they did everything they could. A recent study has suggested that understanding the motivations of parents to seek experimental treatments could help healthcare staff consider options such as limited treatment trials, and reduce conflicts with families.

Some references are included within the text. For a full list of references, download the briefing note.