Egg freezing in the UK 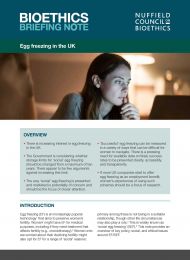 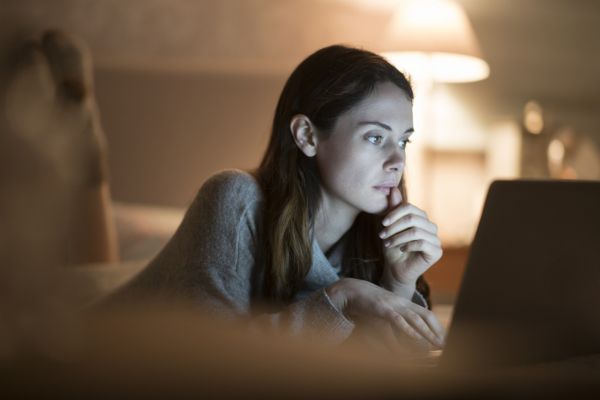 The law requires women to receive “such information as is proper” before. It is also recommended that clinics inform women of (age-specific) success rates including centre-specific expertise and live birth rates (LBR). However, women report difficulties in navigating these data (see above). If women are to make informed choices, they need clinics to be frank about what is known and unknown about EF.

Long-term data on the proportion of women who return to use their eggs are lacking because EF is still a relatively new treatment and there is uncertainty around whether women who have stored eggs in recent years will return to use them. However, to date, most women have not returned to use eggs frozen for both social and other reasons.

The limited data on why eggs are not used indicate that women do not want to parent without a committed partner, would rather conceive ‘naturally’, or because they do conceive naturally so do not need to use them. It is important for clinics to discuss with women the potential future use of frozen eggs and help them consider the longer-term implications of freezing.

SEF as an employment benefit might be seen as a workplace ‘gender equaliser’ that has positive effects on women’s salaries. However it might also push women to delay motherhood to show commitment to their career in a manner not required of male employees. It has been described as both a bribe for the ‘best years’ of a woman’s life, and a benefit that is unlikely to extend to low-wage workers.

Moreover, offering SEF as an employment benefit is not the only option for employers to support reproductive choice: improvements to family-friendly work environments, family leave, or childcare subsidies could make it easier for women to have children younger. However, such changes would take time, leaving women ‘waiting’ for employment practices to change while their fertility declines. SEF might therefore either be considered a ‘secondary strategy’ while wider workplace gender disparities are addressed, or something that diverts attention from the need to address those disparities.

If more UK employers offer to pay for employees to freeze eggs, research on women’s experiences of using such schemes would be valuable in informing future policy.

Those who undergo SEF are frequently middle-class, highly-educated, and in professional occupations. Access to SEF is limited to those who can afford it, or those willing to get into debt. This means access is unequal, particularly as NHS funding is not available.

SEF is sometimes described as insurance against age-related fertility loss. However ‘insurance’ is only an appropriate term if women are fully aware of the limited chances of achieving a successful pregnancy. Some women have such awareness and do not overestimate the potential of SEF. Others may not, and therefore SEF might better be described as a gamble/lottery.

The commercialisation of SEF has been criticised for giving women false hope about their future chances of a LB (see discussion of marketing/advertising), which could be argued to be exploitative. Other commentators suggest women should be trusted to make their own choices in this commercialised arena if they have access to accurate information. However, such access, as discussed above, is limited.

Discussions on medicalising age-related fertility decline include concerns that it could lead to the conclusion that ageing women’s bodies have a ‘problem’ that needs ‘fixing’, rather than addressing the social context of decisions about timing parenthood (similar arguments are made in discussions around SEF as an employment benefit – see above). It might also give women a perceived responsibility to ‘fix’ their reproductive ageing to secure a chance of future motherhood, even if they are unsure they want children, or feel ambivalent about it.

IVF-based treatments are unacceptable to some for moral reasons. Some may also argue SEF reinforces the expectation that childbearing is central to womanhood, promoting sexism.