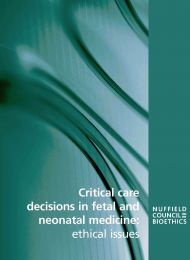 This report discusses the ethical, legal and social issues raised and proposes guidelines on giving intensive care to babies born before 26 weeks. 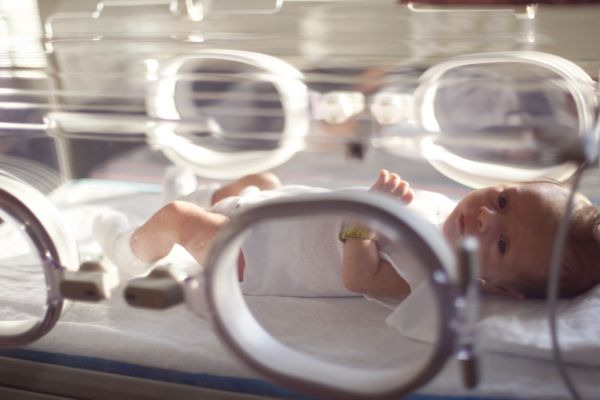 Taking intentional measures to end the life of a newborn baby is commonly regarded as a violation of the duty to protect the life of the patient. This applies even when that baby’s condition is intolerable, with no prospect of survival or improvement. The professional obligation of doctors is to preserve life where they can.

To permit doctors actively to end the lives of seriously ill newborn babies would compromise in a negative way the relationship between parents and doctors. In particular, parents may lose trust in the impartiality of the advice from doctors, which is central to the decision-making process.

It would also be very difficult to identify an upper age limit beyond which actively ending life would not be allowed. If the law were to permit the killing of a newborn baby on the grounds that this was in the baby’s best interests, we have to ask why it would not be permissible to kill an incompetent adult on the same grounds.

The Working Party concluded that the active ending of life of newborn babies should not be allowed, no matter how serious their condition.

Medicines such as sedatives and pain relievers can have the effect of hastening death, particularly if given at higher doses. Death may therefore occur in cases where doctors provide such treatments to reduce pain and suffering. This would not be unlawful as long as the doctor does not intend to cause death and is guided by the best interests of the patient.

Doctors may fear that their motives in providing pain relief could be misinterpreted, but the British Medical Association advises that “if the intention is clearly to relieve pain and distress and the dosage provided is commensurate with that aim, the action will not be unlawful”.

The Working Party takes the view that, provided the treatment is guided by the best interests of the baby, and has been agreed as a joint decision, potentially life-shortening but pain-relieving treatments are morally acceptable.