Solidarity: reflections on an emerging concept in bioethics

A definition of solidarity

The first, ‘lowest’ tier applies to the level of individuals. At that level, solidarity comprises manifestations of the willingness to carry costs to assist others with whom a person recognises sameness or similarity in at least one relevant respect. The recognition of similarity with one (or more) other people in one relevant respect can take many forms: it entails the awareness of being associated, by choice, by ‘fate’, or other circumstances, with others.

For example, I recognise similarity with my fellow air traveller in that we both will miss our connecting flight due to our delayed departure. What counts as similarity in a relevant respect is dependent on the context of the practice that I am engaged in: if I sit on an airplane and worry about making it to a meeting on time, then similarity in a relevant respect to the person next to me could pertain to both of us going to the same meeting, both of us making it on time, or both of us missing the connection; the fact that my neighbour is, for example, diabetic is immaterial for my practising solidarity (or not) in this situation, even if I may share this and other characteristics with her as well.

However, solidarity will regularly be enacted especially but not exclusively with the most vulnerable in a group. Vulnerability as such can be a factor giving rise to the recognition of sameness: in the acute vulnerability and need of my fellow human being I recognise myself when I have been, or will be, in such acute need. Again, the practical context (time, place, social and economic factors) plays a big role because there are some vulnerabilities that I would never recognise as potentially my own (e.g. the possible vulnerability to be addicted to gambling if I never liked gambling). 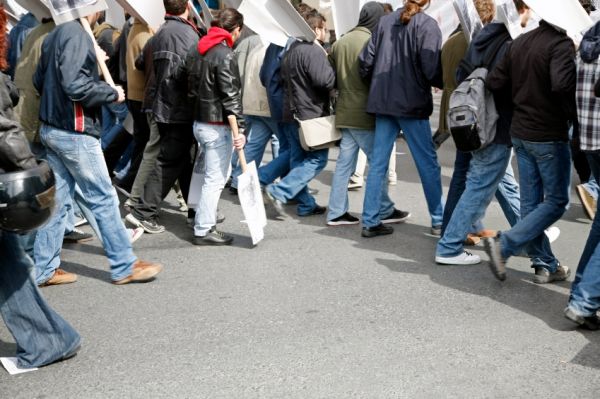 In cases in which a particular solidaristic practice at the inter-personal level becomes so normal that it becomes more widely seen as ‘good conduct’ in a given situation, it can solidify into forms of institutionalisation. This is the case, for example, with self-help groups. On this tier, solidarity can be described as manifestations of a collective commitment to carry costs to assist others (who are all linked by means of a shared situation or cause).

This is the second and arguably most prominent tier of solidarity. People who share a situation typically share certain risks or positive goals which emerge out of, or define, that situation. People negotiate ways of conduct in that situation (e.g. how to reduce the risk, to prevent harm or to reach a certain common positive goal). For example, those with a particular disease might support each other, share health information to minimise the negative effects of the disease, and organise events to raise funds for research into the disease. The results of all these activities are common practices from which values or principles emerge that are shared by the members of such groups and communities.

If these values or principles solidify not only into social norms but manifest themselves in contractual or other legal norms, then we have an instance of Tier 3 solidarity, the ‘hardest’, most fixed, form of solidarity. Examples are welfare state and social welfare arrangements, but also contracts between different private actors and international declarations or treaties.

While the lower tiers of solidarity can exist without the higher levels, higher levels do not exist without having been preceded by lower levels. In other words, instances of Tier 3 solidarity have, some time in history, emerged out of Tiers 1 and 2, although the lower tiers might have changed following the institutionalisation into Tier 3. For example, it could be that Tier 3 is more or less intact, while Tiers 1 and 2 have (at least partly) broken away. Some claim this is the case with welfare state arrangements at present. The reverse, however, does not apply: not every practice of solidarity at Tiers 1 or 2 solidifies into the ‘higher’ tiers, nor is it desirable that all of them do so.