How many animals are used in research?

In the UK, 2.72 million animals were involved in scientific procedures initiated in 2003, with about a third of these carried out by the pharmaceutical industry, and one third used in basic biological research.

What species of animal are used?

Many different species of animals are used in research. In 2003, the majority of procedures used mice and rats. Other mammals accounted for around 3% of the total, including 11,000 pigs, 5000 dogs and 3000 primates (for example, monkeys and marmosets). 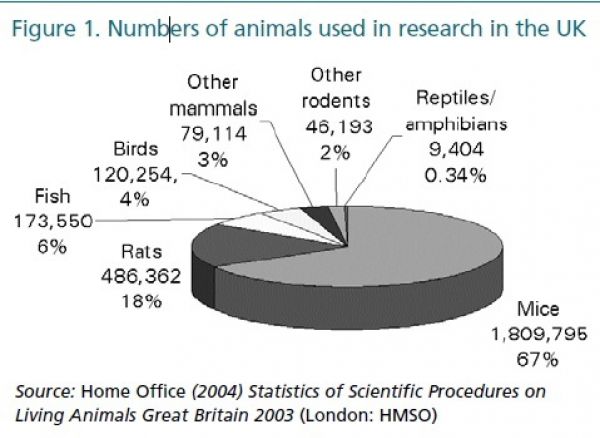